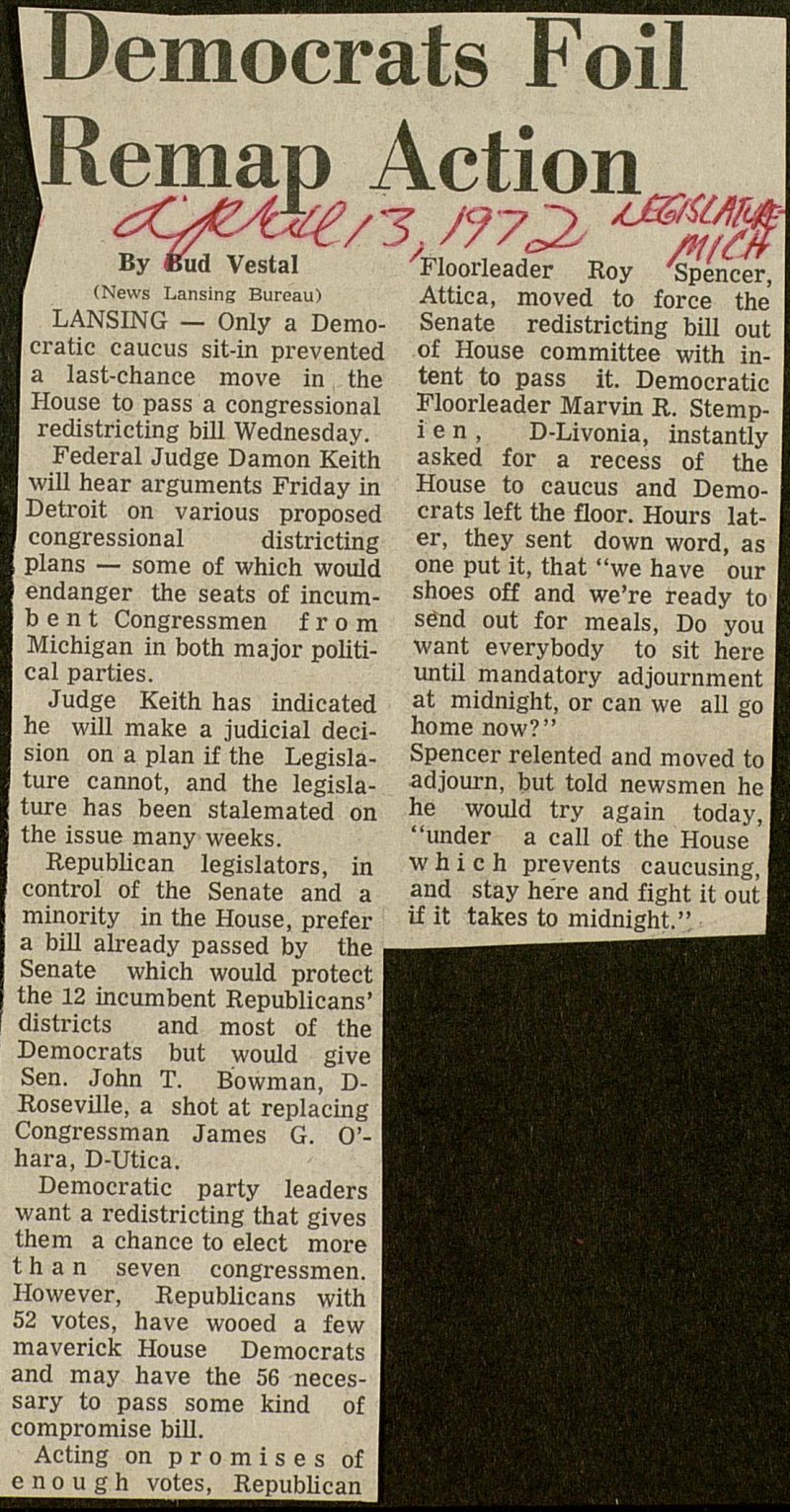 LANSING - Only a Democratic caucus sit-in prevented a last-chance move in the House to pass a congressional redistricting bilí Wednesday. Federal Judge Damon Keith will hear arguments Friday in Detroit on various proposed congressional districting plans - some of which would endanger the seats of incumb e n t Congressmen from Michigan in both major political parties. Judge Keith has indicated he will make a judicial decisión on a plan if the Legislature cannot, and the legislature has been stalemated on the issue many weeks. Republican legislators, in control of the Senate and a minority in the House, prefer a bilí already passed by the Senate which would protect the 12 incumbent Republicans' districts and most of the Democrats but would give Sen. John T. Bowman, DRoseville, a shot at replacing Congressman James G. 0'hara, D-Utica. Democratie party leaders want a redistricting that gives them a chance to elect more t h a n seven congressmen. However, Republicans with 52 votes, have wooed a few maverick House Democrats and may have the 56 necessary to pass some kind of :ompromise bill. ! Acting on promises of I s n o u g h votes, Republican I Floorleader Roy 'Spencer, Attica, moved to forcé the Senate redistricting bill out of House committee with intent to pass it. Democratie Floorleader Marvin R. Stempi e n , D-Livonia, instantly asked for a recess of the House to caucus and Democrats left the floor. Hours later, they sent down word, as one put it, that "we have our shoes off and we're ready to sénd out for meals, Do you want everybody to sit here until mandatory adjournment at midnight, or can we all go homenow?" Spencer relented and moved to adjourn, but told newsmen he he would try again today, "under a cali of the House I w h i c h prevents caucusing, I and stay here and fight it out I if it takes to midnight."