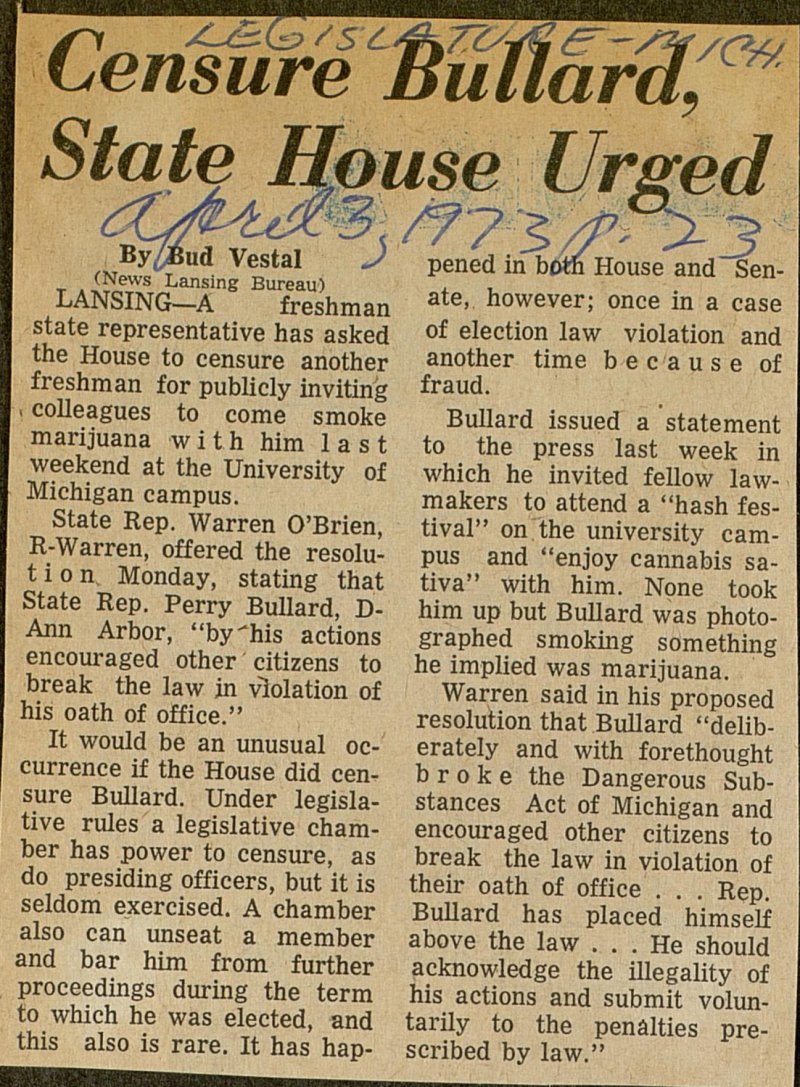 LANSING- A freshman state representative has asked the House to censure another freshman for publicly inviting , colleagues to come smoke marijuana with him last weekend at the University of Michigan campus. State Rep. Warren O'Brien, R-Warren, offered the resolution. Monday, stating that State Rep. Perry Bullard, D-Ann Arbor, "by his actions encouraged other citizens to break the law in violation of his oath of office." It would be an unusual occurrence if the House did censure Bullard. Under legislative rules a legislative chamber has power to censure, as do presiding officers, but it is seldom exercised. A chamber also can unseat a member and bar him from further proceedings during the term to which he was elected, and this also is rare. It has happened in bom House and Senate, however; once in a case of election law violation and another time because of fraud. Bullard issued a statement to the press last week in which he invited fellow lawmakers to attend a "hash festival" on the university campus and "enjoy cannabis sativa" with him. None took him up but Bullard was photographed smoking something he implied was marijuana. Warren said in his proposed resolution that Bullard "deliberately and with forethought broke the Dangerous Substances Act of Michigan and encouraged other citizens to break the law in violation of their oath of office . . . Rep. Bullard has placed himself above the law ... He should acknowledge the illegality of his actions and submit voluntarily to the penalties prescribed by law."