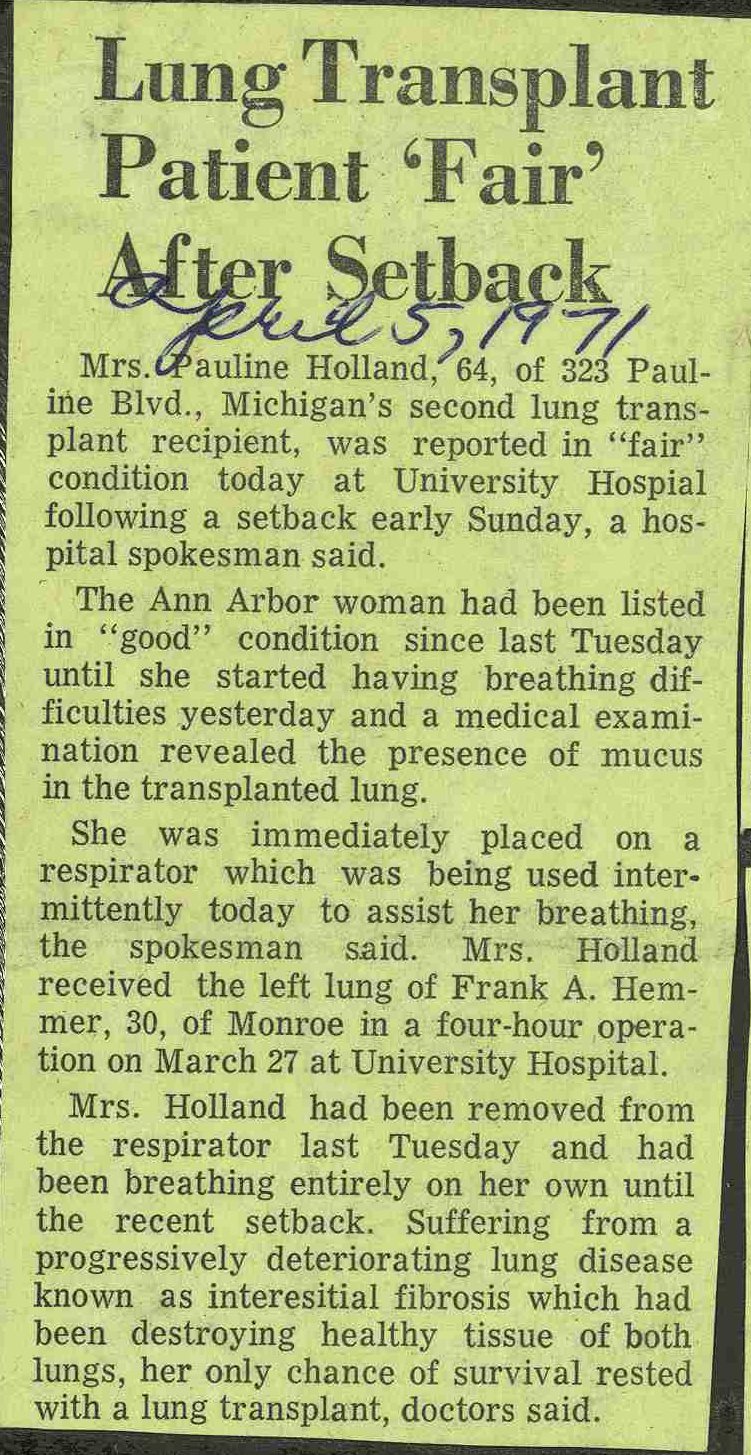 Mrs.Pauline Holland, 64, of 323 Pauliñe Blvd., Michigan's second lung transplant recipiënt, was reported in "fair" condition today at University Hospial following a setback early Sunday, a hospital spokesman said. The Ann Arbor woman had been listed in "good" condition since last Tuesday uittil she started having breathing difficulties yesterday and a medical examination revealed the presence of mucus in the transplanted lung. She was iramediately placed on a respirator which was being used intermittently today to assist her breathing, the spokesman said. Mrs. Holland received the left lung of Frank A. Hemmer, 30, of Monroe in a four-hour operation on March 27 at University Hospital. Mrs. Holland had been removed from the respirator last Tuesday and had been breathing entirely on her own until the recent setback. Suffering from a I progressively deteriorating lung disease known as interesitial fibrosis which had I been destroying healthy tissue of both I lungs, her only chance of survival rested I with a lung transplant, doctors said.