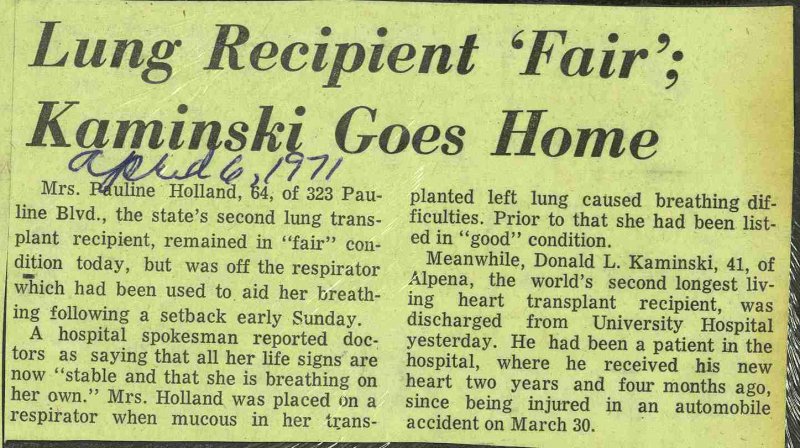 Mrs. Pauline Holland, 64, of 323 Pauline Blvd., the state's second lung transplant recipiënt, remained in "fair" condition today, but was off the respirator which had been used to aid her breathing following a setback early Sunday. A hospital spokesman reported doctors as saying that all her life signs are now "stable and that she is breathing on her own." Mrs. HoUand was placed On a respirator when mucous in her planted left lung caused breathing difficulties. Prior to that she had been listed in "good" condition. Meanwhile, Donald L. Kaminski, 41, of Alpena, the world's second longest living heart transplant recipiënt, was discharged f rom University Hospital yesterday. He had been a patiënt in the ] hospital, where he received nis new heart two years and four months ago, since being injured in an automobile i accident on March 30.