Lung Patient Being Treated For Pneumonia 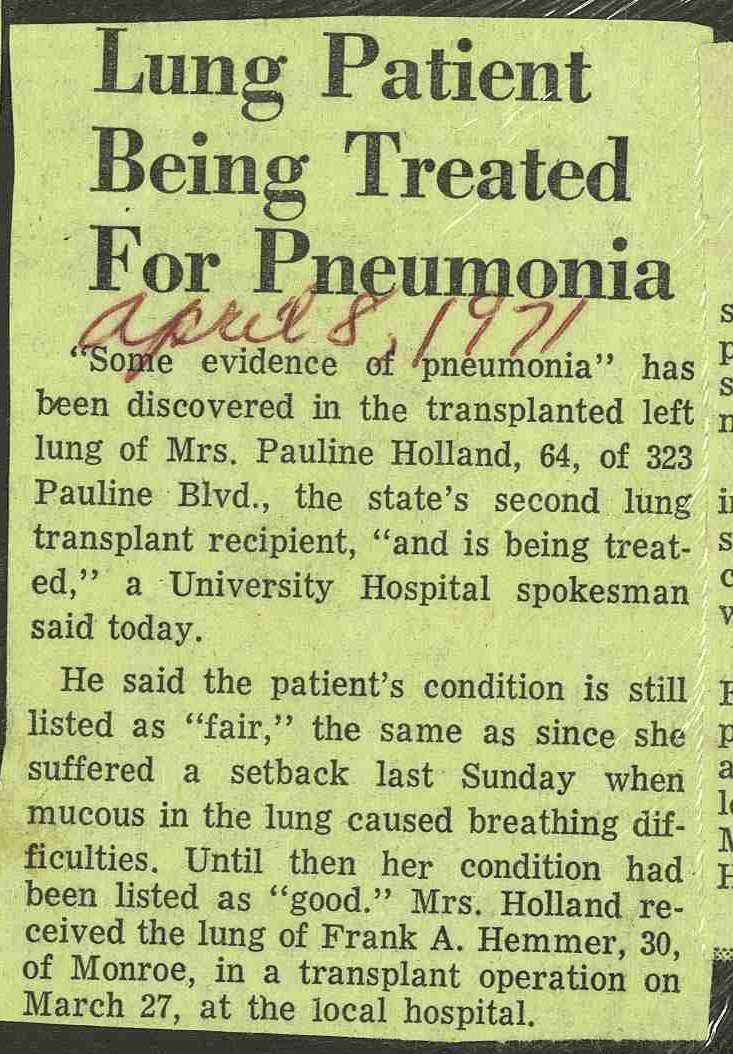 TSopre evidence ef" 'pneumonía" has been diseovered in the transplanted left lung of Mrs. Pauline Holland, 64, of 323 Pauline Blvd., the state's second lung transplant recipiënt, "and is being treated," a University Hospital spokesman said today. He said the patient's condition is still listed as "fair," the same as since she suffered a setback last Sunday when mucous in the lung caused breathing difficulties. Until then her condition had been listed as "good." Mrs. Holland received the lung of Frank A. Hemmer, 30, of Monroe, in a transplant operation on March 27, at the local hospital. )