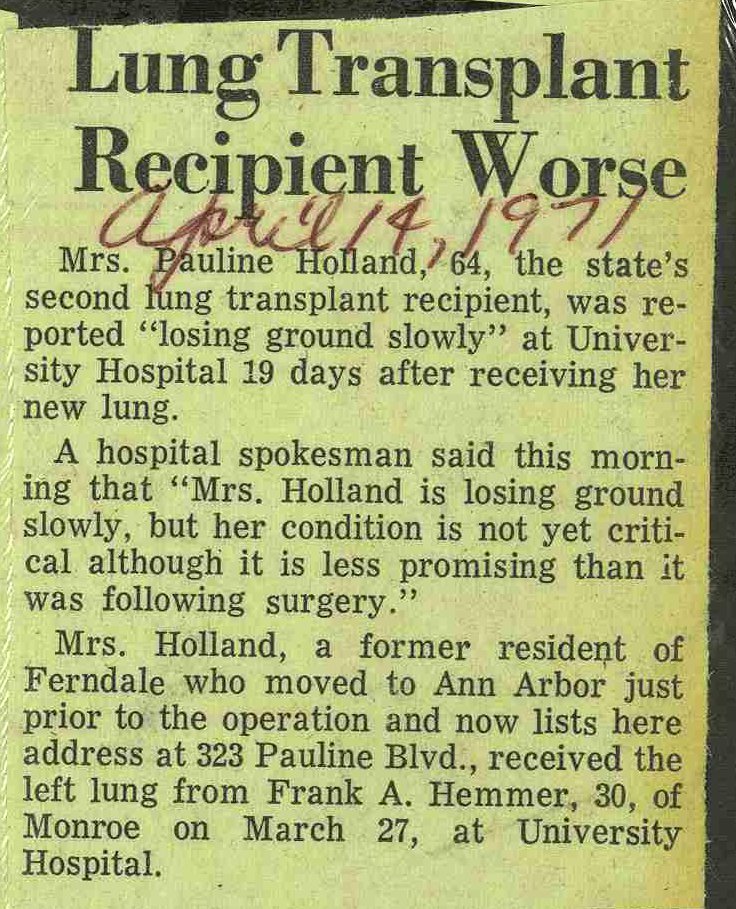 MrsfulineHbnandsá, The state's second íung transplant recipiënt, was reported "losing ground slowly" at University Hospital 19 days after receiving her new lung. A hospital spokesman said this morning that "Mrs. Holland is losing ground slowly, but her condition is not yet critical although it is less promising than it was following surgery." Mrs. Holland, a former resident of Ferndale who moved to Ann Arbor just prior to the operation and now lists here address at 323 Pauline Blvd., received the left lung from Frank A. Hemmer, 30, of Monroe on March 27, at University Hospital.