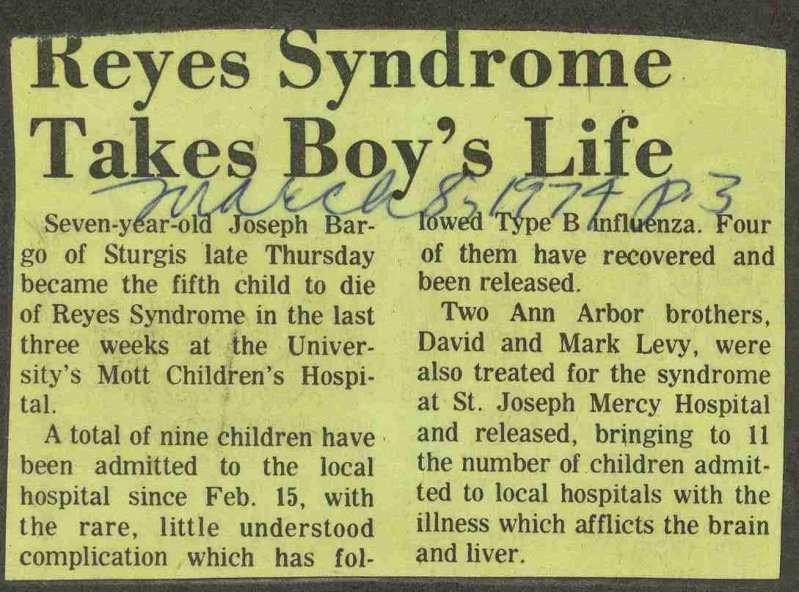 Seven-yaar-old Joseph Bargo of Sturgis late Thursday became the fifth child to die of Reyes Syndrome in the last three weeks at the University's Mott Children's Hospital. A total of nine children have been admitted to the local hospital since Feb. 15, with the rare, little understood complication which has 'fdweü Type'B influenza. Four of them have recovered and been released. Two Ann Arbor brothers, David and Mark Levy, were also treated for the syndrome at St. Joseph Mercy Hospital and released, bringing to 11 the number of children admitted to local hospitals with the illness which afflicts the brain and liver.