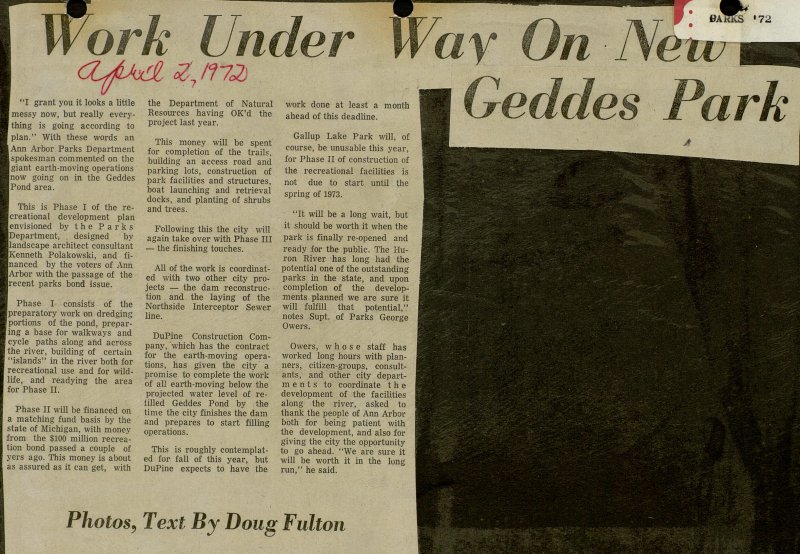 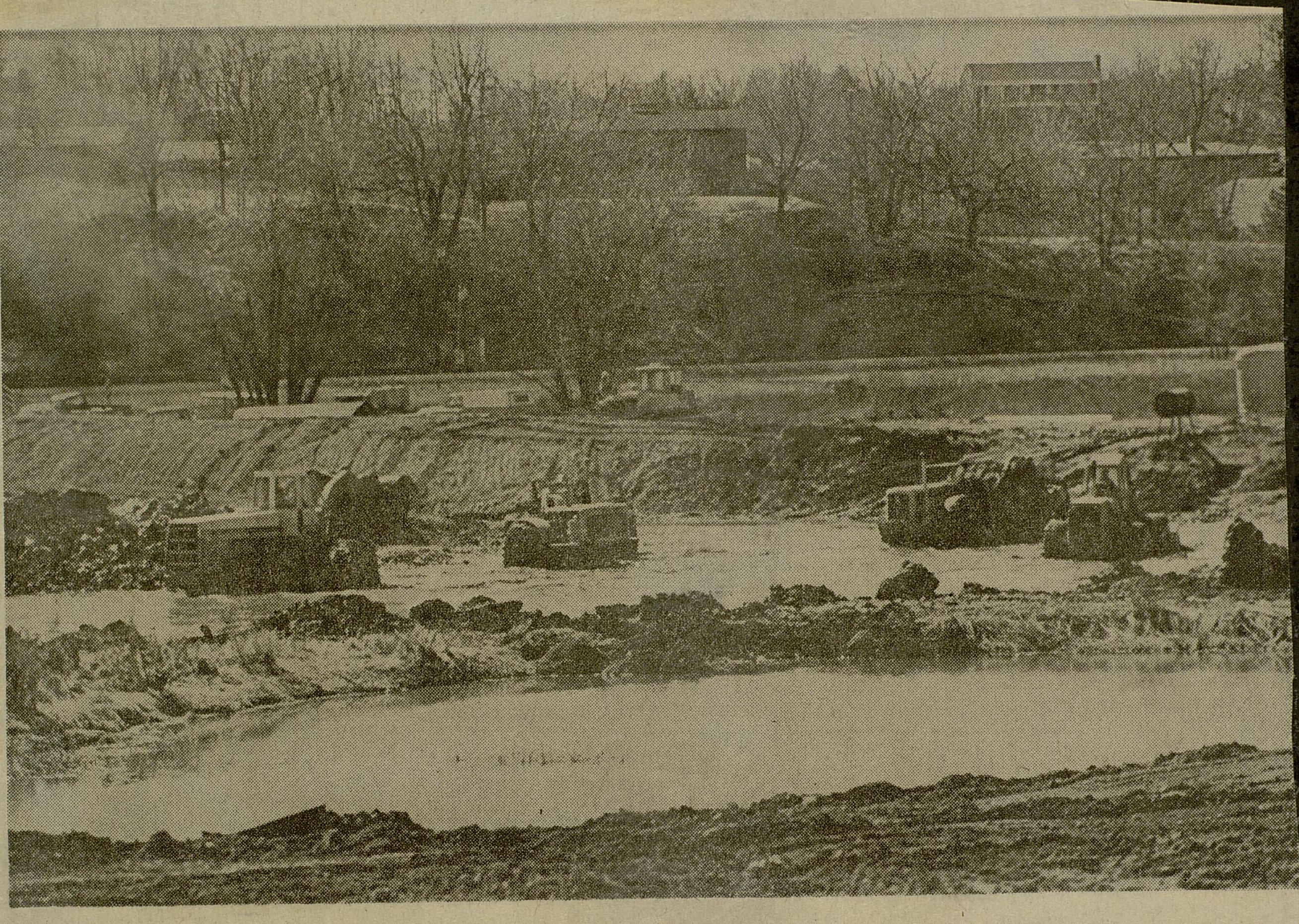 I OL4LA "I grant you it looks a litlle Imessy now, but really everyIthing is going according to I plan." With these words an lAnn Arbor Parks Department Ispokesman commented on the Igiant earth-moving operations ■now going on in the Geddes IPond área. This is Phase I of the reIcreational development plan lenvisioned by the Parks JDepartment, designed by llandscape architect consultant iKenneth Polakowski, and fiInanced by the voters of Ann lArbor with the passage of the recent parks bond issue. Phase I consists of the Ipreparatory work on dredging portions of the pond, preparing a base for walkways and 'cycle paths along and across the river, building of certain "islands" in the river both for recreational use and for wildlife, and readying the area for Phase II. Phase II will be financed on a matching fund basis by the state of Michigan, with money from the $100 million recrea - tion bond passed a couple of yers ago. This money is about as assured as it can get, with JCJC &7 II oü the Department of Natural Resources having OK'd the project last year. This money will be spent for completion of the trails, building an access road and parking lots, construction of park facilities and structures, boat launching and retrieval docks, and planting of shrubs and trees. Following this the city will again take over with Phase III - the finishing touches. All of the work is coordinated with two other city projects - the dam reconstruction and the laying of the Northside Interceptor Sewer line. DuPine Construction Company, which has the contract for the earth-moving operations, has given the city a promise to complete the work of all earth-moving below the projected water level of relilled Geddes Pond by the time the city finishes the dam and prepares to start filling operations. This is roughly contemplated for fall of this year, but DuPine expects to have the work done at least a month ahead of this deadline. Gallup Lake Park will, of course, be unusable this year, for Phase II of construction of the recreational facilities is not due to start until the spring of 1973. "It will be a long wait, but it should be worth it when the park is finally re-opened and ready for the public. The Huron River has long had the potential one of the outstanding parks in the state, and upon completion of the developments planned we are sure it will fulfill that potential," notes Supt. of Parks George Owers. Owers, w h o s e staff has worked long hours with planners, citizen-groups, consultants, and other city departm e n t s to coordínate the development of the facilities along the river, asked to thank the people of Ann Arbor both for being patiënt with the development, and also for giving the city the opportunity to go ahead. "We are sure it will be worth it in the long run," he said.