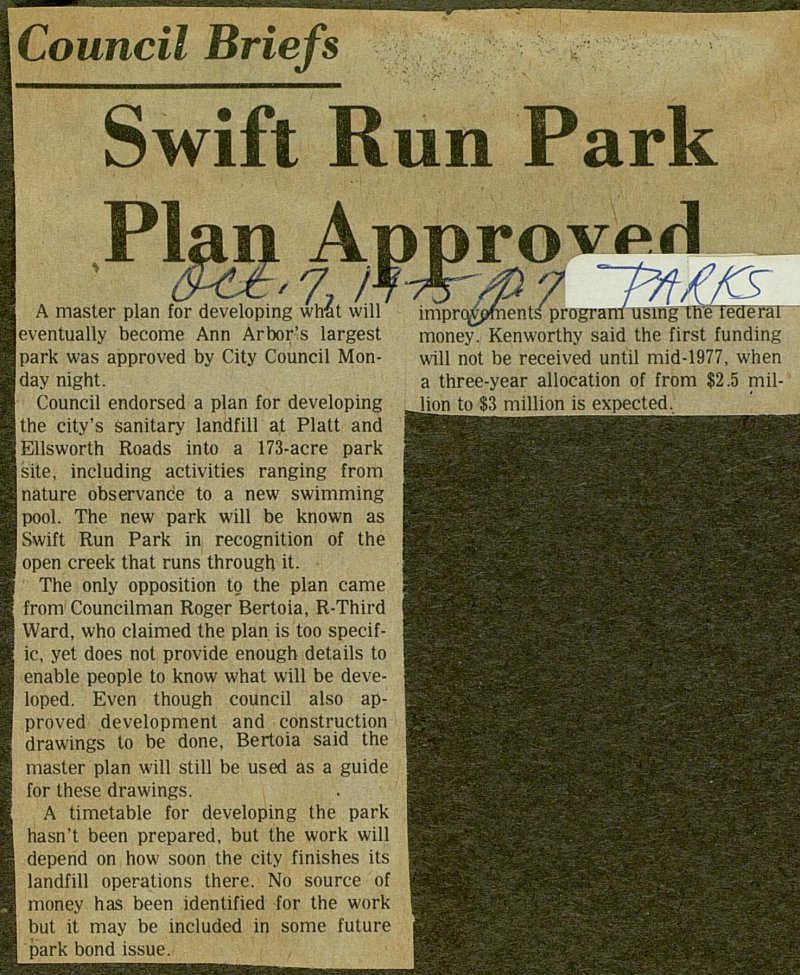 A master plan for developing what will eventually become Ann Arbor's largest park was approved by City Council Monday night. Council endorsed a plan for developing the city's sanitary landfill at Platt and Ellsworth Roads into a 173-acre park site, including activities ranging from nature observance to a new swimming pool. The new park will be known as Swift Run Park in recognition of the open creek that runs through it. The only opposition to the plan came from Councilman Roger Bertoia, R-Third Ward, who claimed the plan is too specific, yet does not provide enough details to enable people to know what will be developed. Even though council also approved development and construction drawings to be done, Bertoia said the master plan will still be used as a guide for these drawings. A timetable for developing the park hasn't been prepared, but the work will depend on how soon the city finishes its landfill operations there. No source of money has been identified for the work but it may be included in some future park bond issue. [break] improvements program using the federal money. Kenworthy said the first funding will not be received until mid-1977, when a three-year allocation of from $2.5 million to $3 million is expected.