Rutherford Renamed To Board 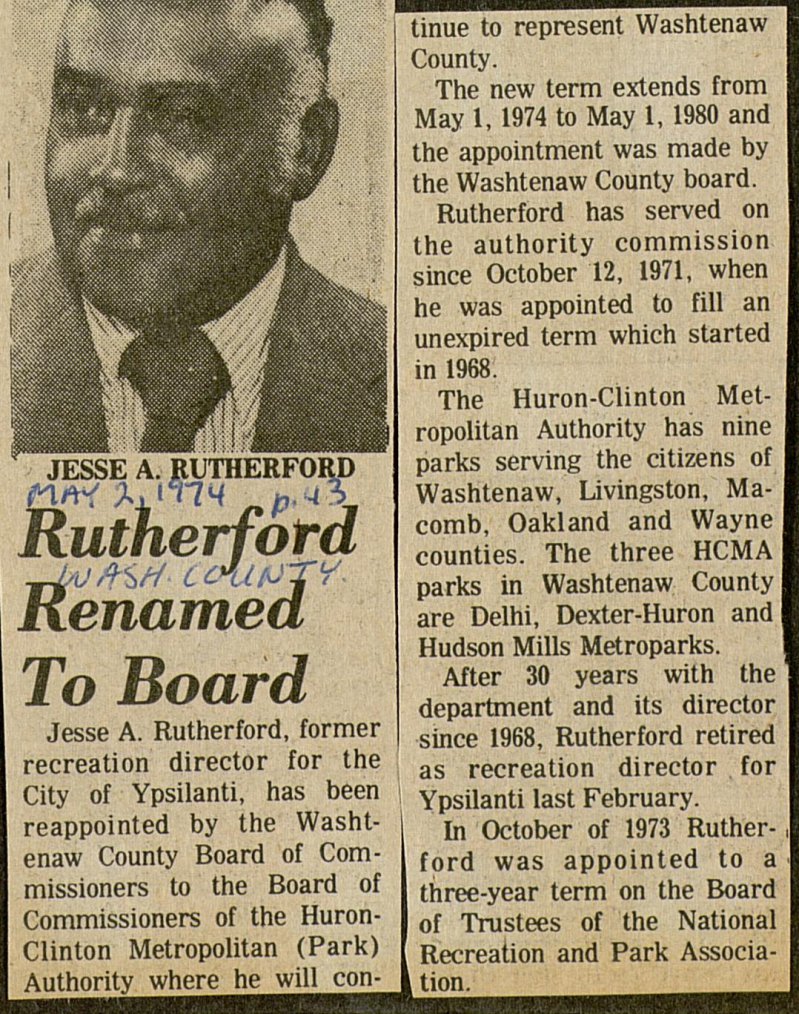 Jesse A. Rutherford, former recreation director for the City of Ypsilanti, has been reappointed by the Washtenaw County Board of Commissioners to the Board of Commissioners of the HuronClinton Metropolitan (Park) Authority where he will tinue to represent Washtenaw County. The new term extends from May 1, 1974 to May 1, 1980 and the appointment was made by the Washtenaw County board. Rutherford has served on the authority commission since October 12, 1971, when he was appointed to fill an unexpired term which started in 1968. The Huron-Clinton Metropolitan Authority has nine parks serving the citizens of Washtenaw, Livingston, Macomb, Oakland and Wayne counties. The three HCMA parks in Washtenaw County are Delhi, Dexter-Huron and Hudson Mills Metroparks. After 30 years with the department and its director since 1968, Rutherford retired as recreation director . for Ypsilanti last February. In October of 1973 Rutherford was appointed to a three-year term on the Board of Trustees of the National Recreation and Park Association. ■ " ':