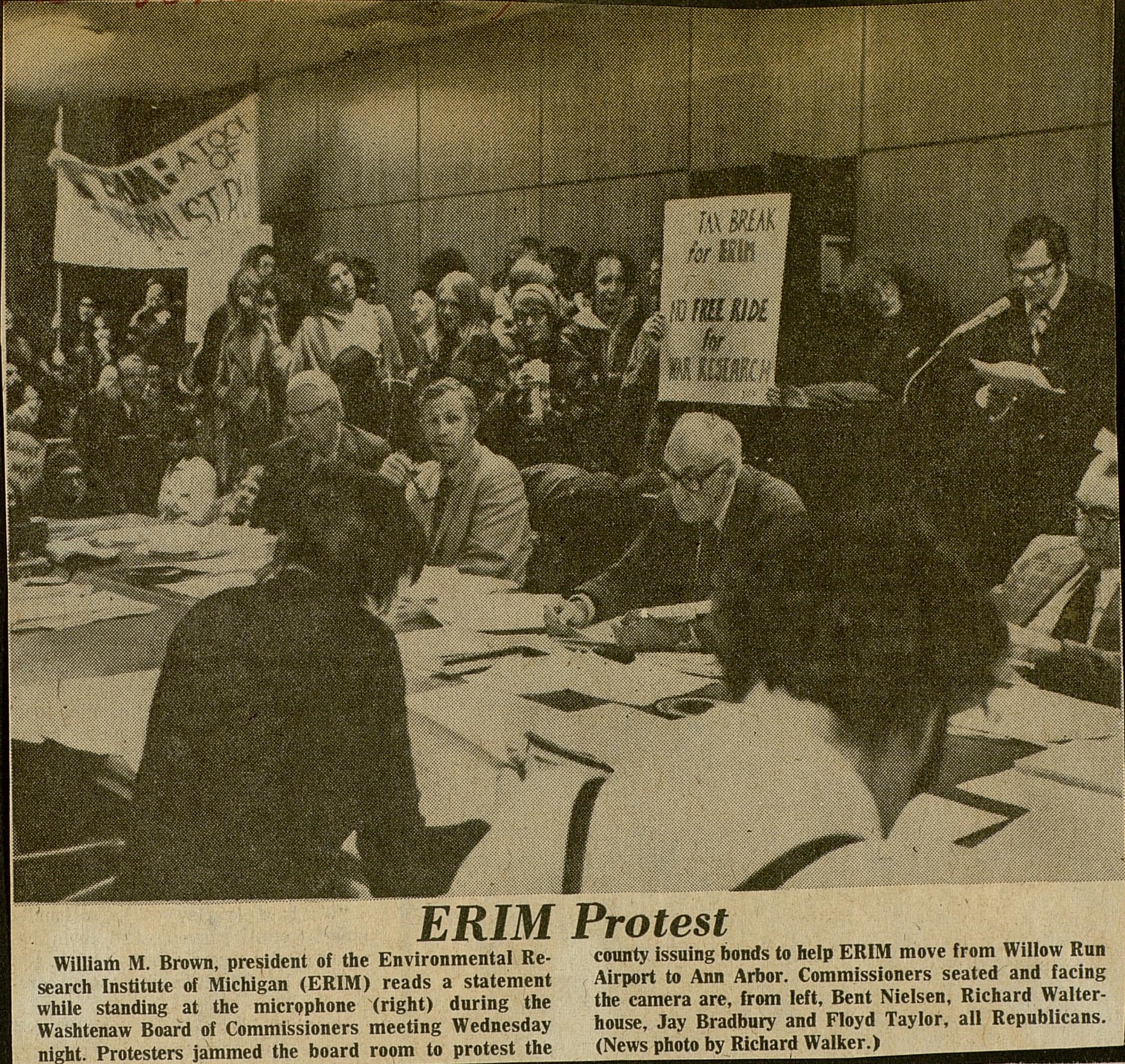 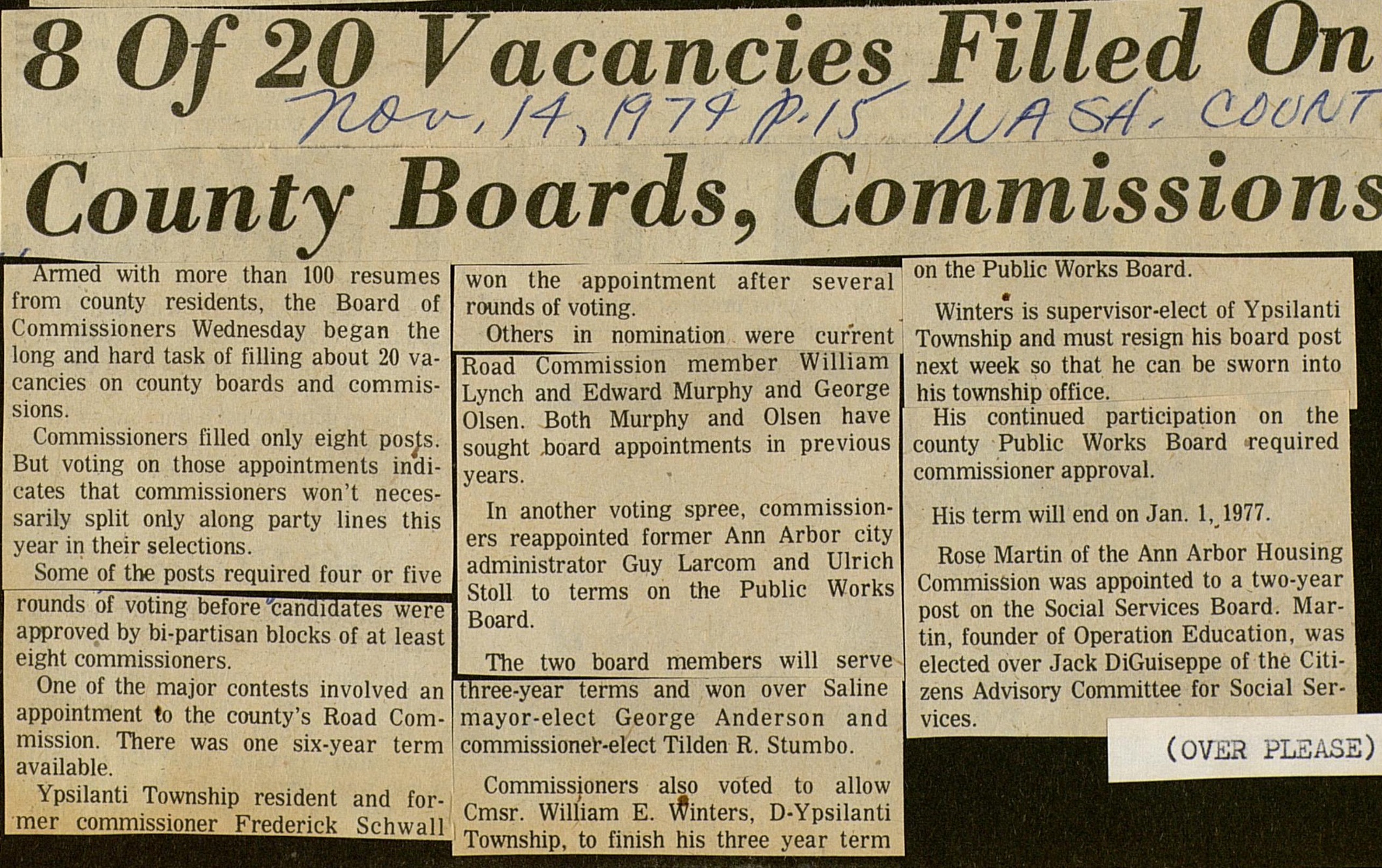 Armed with more than 100 resumes f rom county residents, the Board of Commissioners Wednesday began the long and hard task of filling about 20 vacancies on county boards and commissions. Commissioners filled only eight posts. But voting on those appointments indicates that commissioners won't necessarily split only along party lines this year in their selections. Some of the posts required four or five rounds of voting beforêTanïïiSïês"ër? approved by bi-partisan blocks of at least eight commissioners. One of the major contests involved an appointment to the county's Road Commission. There was one six-year term available. Ypsilanti Township resident and former commissioner Frederick Schwall won the appointment after several rounds of voting. Others in nomination were cur'rent Road Commission member William Lynch and Edward Murphy and George Olsen. Both Murphy and Olsen have sought .board appointments in previous years. In another voting spree, commissioners reappointed former Ann Arbor city administrator Guy Larcom and Ulrich Stoll to terms on the Public Works Board. The two board members will serve three-year terms and won over Saline mayor-elect George Anderson and commissioner-elect Tilden R. Stumbo. Commissioners also voted to allow Cmsr. William E. Venters, D-Ypsilanti Township, to finish his three year term on the Public Works Board. Winters is supervisor-elect of Ypsilanti Township and must resign his board post next week so that he can be sworn into his township office. His continued participation on the county Public Works Board required commissioner approval. His term will end on Jan. 1, 1977. Rose Martin of the Ann Arbor Housing Commission was appointed to a two-year post on the Social Services Board. Martin, founder of Operation Education, was elected over Jack DiGuiseppe of the Citizens Advisory Committee for Social Services. (OVER PLSASE)