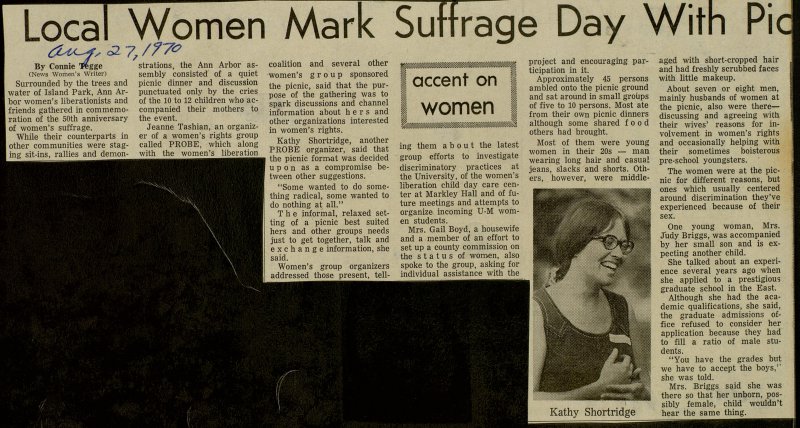 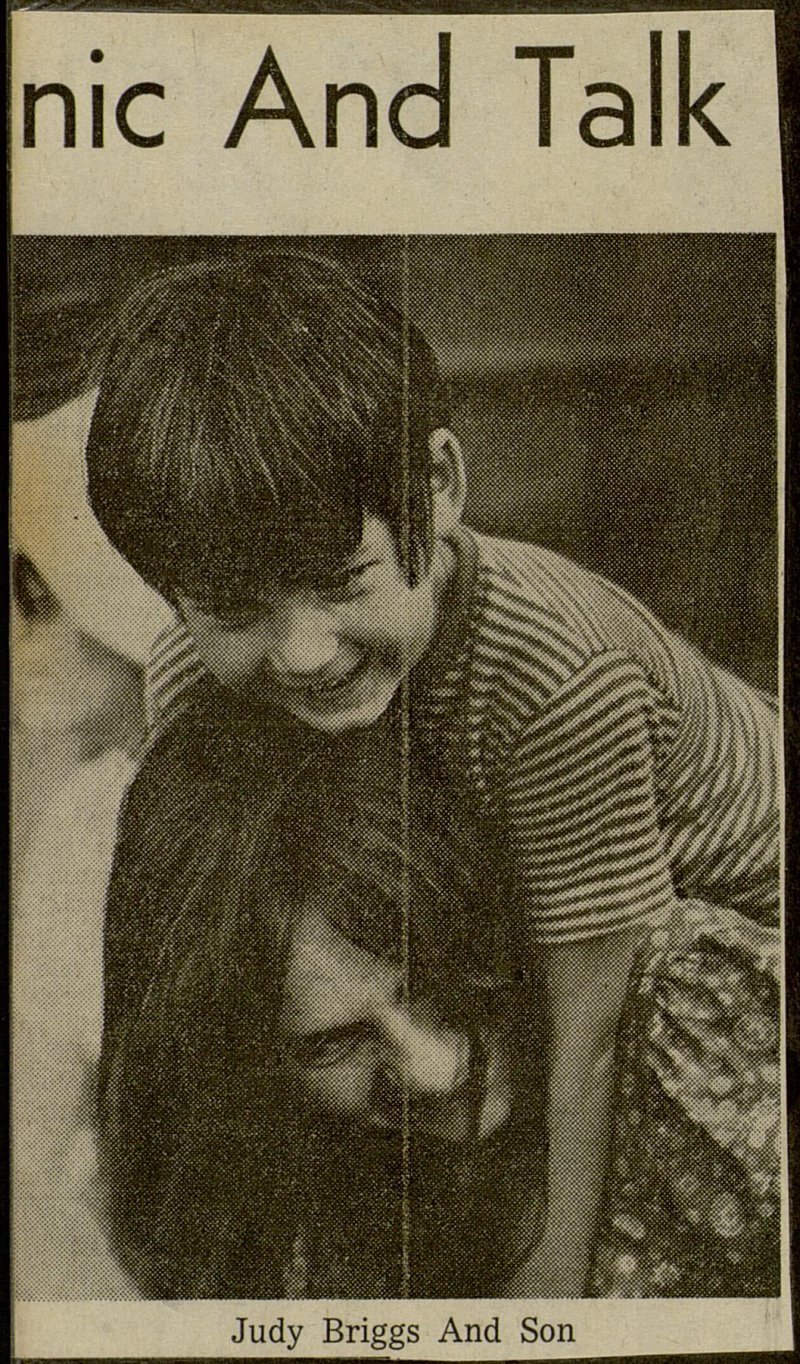 Surrounded by the trees and water of Island Park, Ann Arbor women's liberationists and friends gathered in commemoration of the 50th anniversary of women's suffrage. While their counterparts in other communities were staging sit-ins, rallies and strations, the Ann Arbor assembly consisted of a quiet picnic dinner and discussion punctuated only by the cries of the 10 to 12 children who accompanied their mothers to the event. Jeanne Tashian, an organizer of a women's rights group called PROBE, which along with the women's liberation coalition and several other women's g r o u p sponsored the picnic, said that the purpose of the gathering was to spark discussions and channel information about h e r s and other organizations interested in women's rights. Kathy Shortridge, another PROBE organizer, said that i the picnic forrnat was decided u p o n as a compromise beI tween other suggestions. "Some wanted to do something radical, some wanted to do nothing at all." The informal, relaxed setting of a picnic best suited hers and other groups needs just to get together, talk and exchange information, she said. Women's group organizers addressed those present, accent on women ing them a b o u t the latest group efforts to investígate discriminatory practices at the University, of the women's liberation child day care center at Markley Hall and of future meetings and attempts to organize incoming U-M women students. Mrs. Gail Boyd, a housewife and a member of an effort to set up a county commission on the status of women, also spoke to the group, asking for individual assistance with the project and encouraging participation in it. Approximately 45 persons ambled onto the picnic ground and sat around in small groups of five to 10 persons. Most ate from their own picnic dinners although some shared food others had brought. Most of them were young women in their 20s - man wearing long hair and casual jeans, slacks and shorts. Others, however, were aged with short-cropped hair and had freshly scrubbed faces with little makeup. About seven or eight men, j mainly husbands of women at the picnic, also were there - E discussing and agreeing with their wives' reasons for involvement in women's rights ; and occasionally helping with their sometimes boisterous pre-school youngsters. The women were at the picnic for different reasons, but ones which usually centered around discrimination they've experienced because of their sex. One young woman, Mrs. Judy Briggs, was accompanied by her small son and is expecting another child. She talked about an experience several years ago when she applied to a prestigious graduate school in the East. Although she had the academie qualifications, she said, the graduate admissions office refused to consider her application because they had to fill a ratio of male students. "You have the grades but we have to accept the boys, she was told. Mrs. Briggs said she was there so that her unborn, possibly female, child wouldn't hear the same thing.