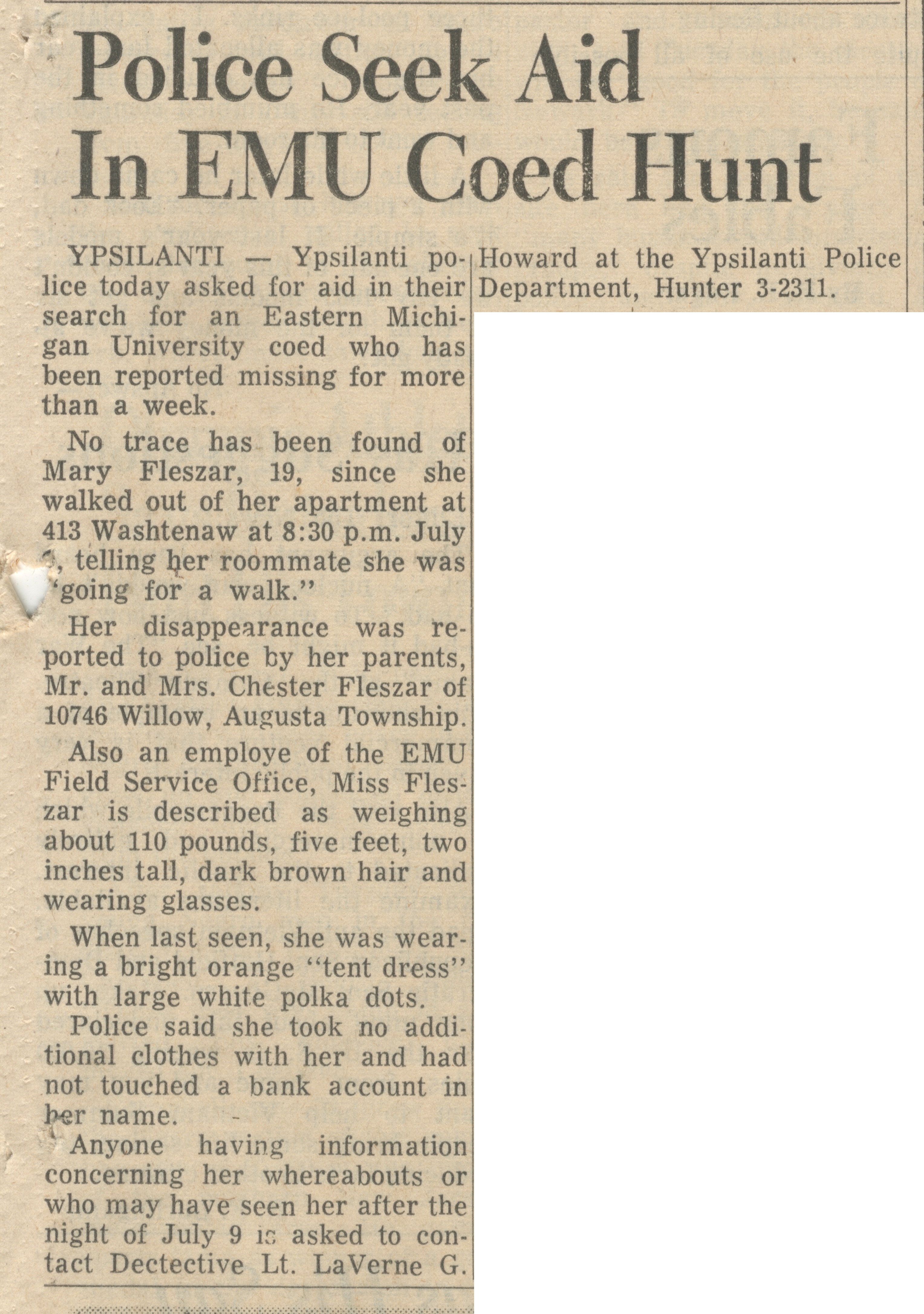 YPSILANTI — Ypsilanti police today asked for aid in their search for an Eastern Michigan University coed who has been reported missing for more than a week.

No trace has been found of Mary Fleszar, 19, since she walked out of her apartment at 413 Washtenaw at 8:30 p.m. July 9, telling her roommate she was "going for a walk."

Her disappearance was reported to police by her parents, Mr. and Mrs. Chester Fleszar of 10746 Willow, Augusta Township. Also an employe of the EMU Field Service Office, Miss Fleszar is described as weighing about 110 pounds, five feet, two inches tall, dark brown hair and wearing glasses.

When last seen, she was wearing a bright orange "tent dress" with large white polka dots. Police said she took no additional clothes with her and had not touched a bank account in her name.

Anyone having information concerning her whereabouts or who may have seen her after the night of July 9 is, asked to contact Detective Lt. LaVerne G. Howard at the Ypsilanti Police' Department, Hunter 3-2311.