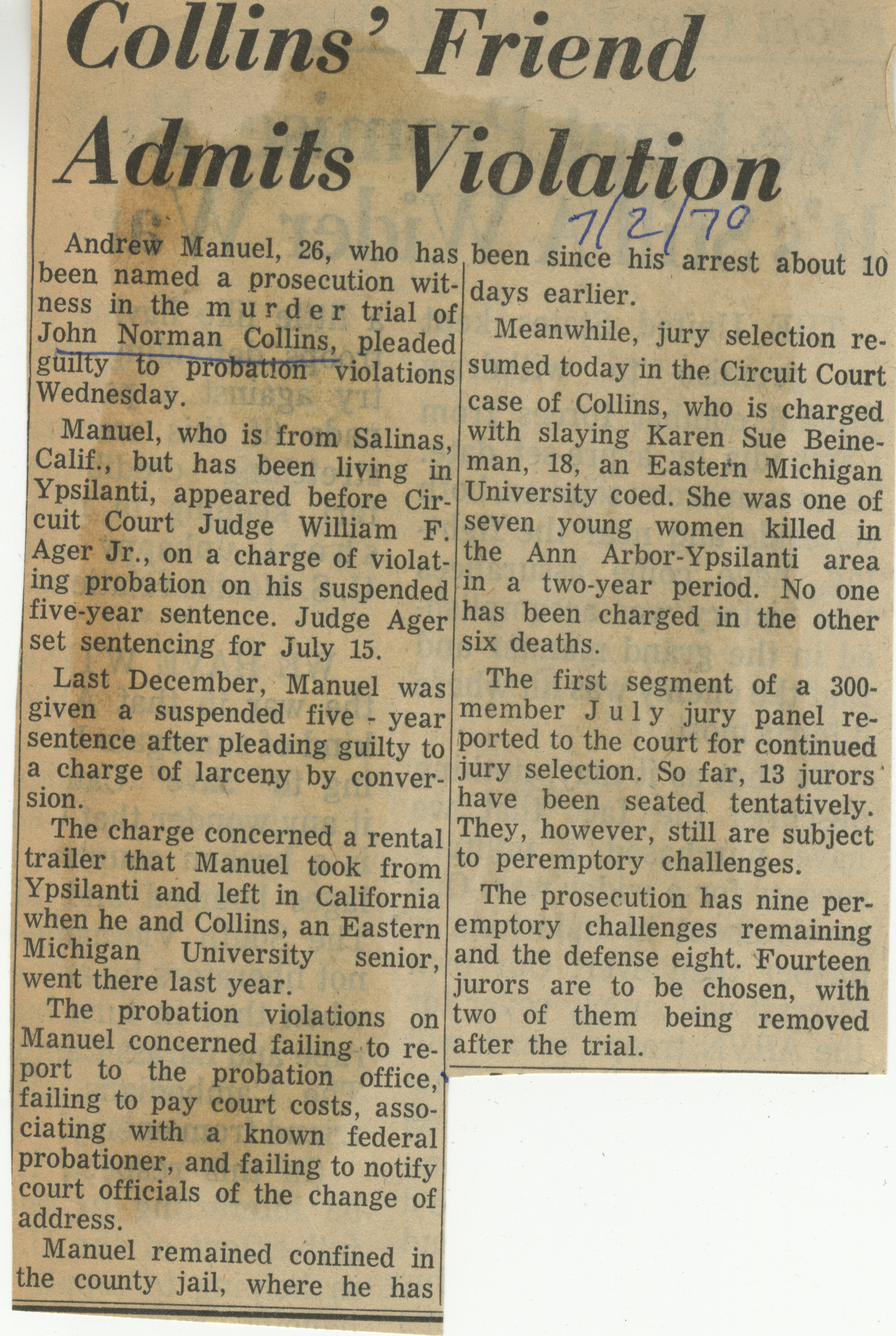 Andrew Manuel, 26, who has been named a prosecution witness in the murder trial of John Norman Collins, pleaded guilty to probation violations Wednesday.
Manuel, who is from Salinas, Calif., but has been living in Ypsilanti, appeared before Circuit Court Judge William F. Ager Jr., on a charge of violating probation on his suspended five-year sentence. Judge Ager set sentencing for July 15.
Last December, Manuel was given a suspended five - year sentence after pleading guilty to a charge of larceny by conversion.
The charge concerned a rental trailer that Manuel took from Ypsilanti and left in California when he and Collins, an Eastern Michigan University senior, went there last year.
The probation violations on Manuel concerned failing to report to the probation office, failing to pay court costs, associating with a known federal probationer, and failing to notify court officials of the change of address.
Manuel remained confined in the county jail, where he has
been since his arrest about 10 days earlier.
Meanwhile, jury selection resumed today in the Circuit Court case of Collins, who is charged with slaying Karen Sue Beineman, 18, an Eastern Michigan University coed. She was one of seven young women killed in the Ann Arbor-Ypsilanti area in a two-year period. No one has been charged in the other six deaths.
The first segment of a 300member July jury panel reported to the court for continued jury selection. So far, 13 jurors have been seated tentatively. They, however, still are subject to peremptory challenges.
The prosecution has nine peremptory challenges remaining and the defense eight. Fourteen jurors are to be chosen, with two of them being removed after the trial.