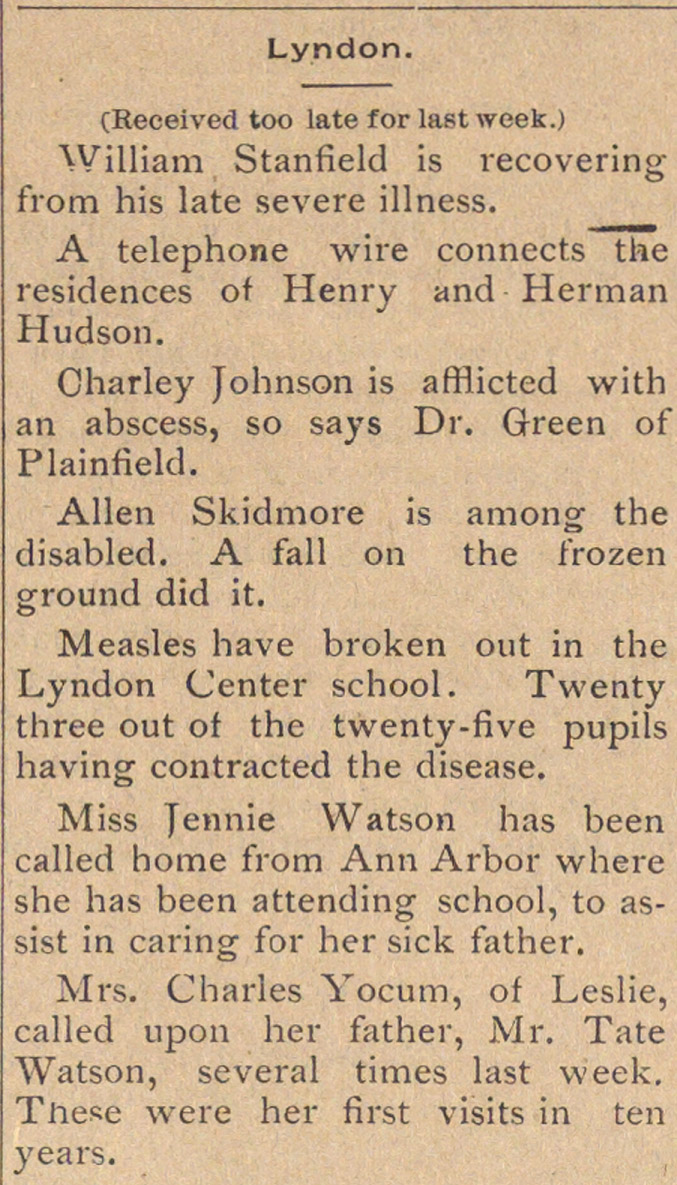 (Received too late for last week.) William Stanfield is recovering from his late severe illness. A telephone wire connects the residences of Henry and Herman Hudson. Charley Johnson is affliicted with an abscess, so says Dr. Green of Plainfield. Allen Skidmore is among the disabled. A fall on the frozen ground did it. Measles have broken out in the Lyndon Center school. Twenty three out of the twenty-five pupils having contracted the disease. Miss Jennie Watson has been called home from Ann Arbor where she has been attending school, to assist in caring for her sick father. Mrs. Charles Yocum, of Leslie, called upon her father, Mr. Tate Watson, several times last week. Tnese were her first visits in ten years.