He Forgot To Take It Off 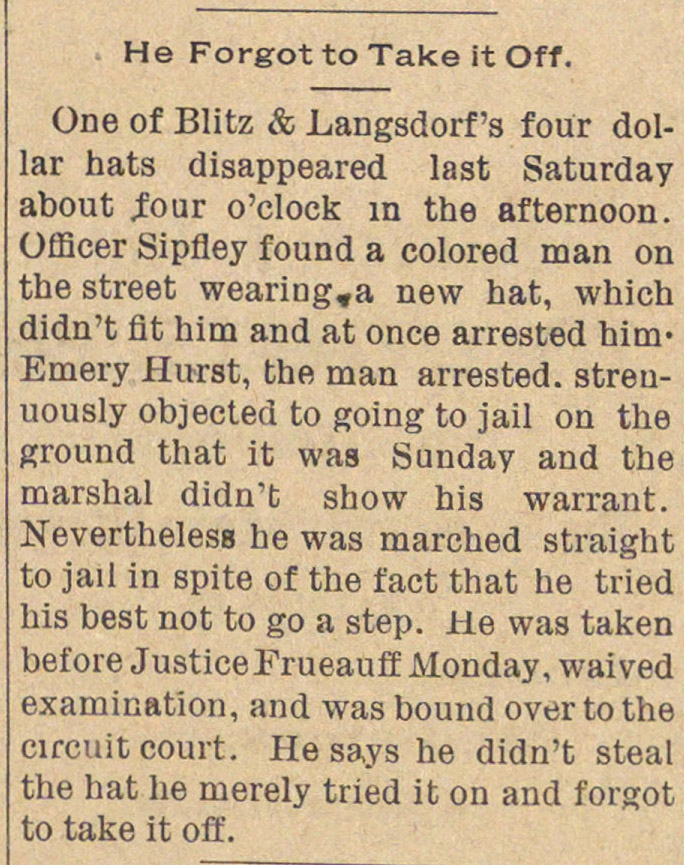 One of Blitz & Langsdorf's four dollar hats disappeared last Saturday about f out o'clock in the afternoon. üffleer Sipfley found a colored man on the street wearing,a new hat, which didn't fit him and at once arrested hinv Emery Hurst, the man arrested. strenuously objected to going to jail on the ground that it was Sunday and the marshal didn't show his warrant. Nevertheless he was marched straight to jail in spite of the fact that he tried his best not to go a step. He was taken before Justice Frueauff Monday, waived examination, and was bound over to the circuit court. He says he didn't steal the hat he nierely tried it on and forgot to take it oñ'.