A Whole Family Wiped Out 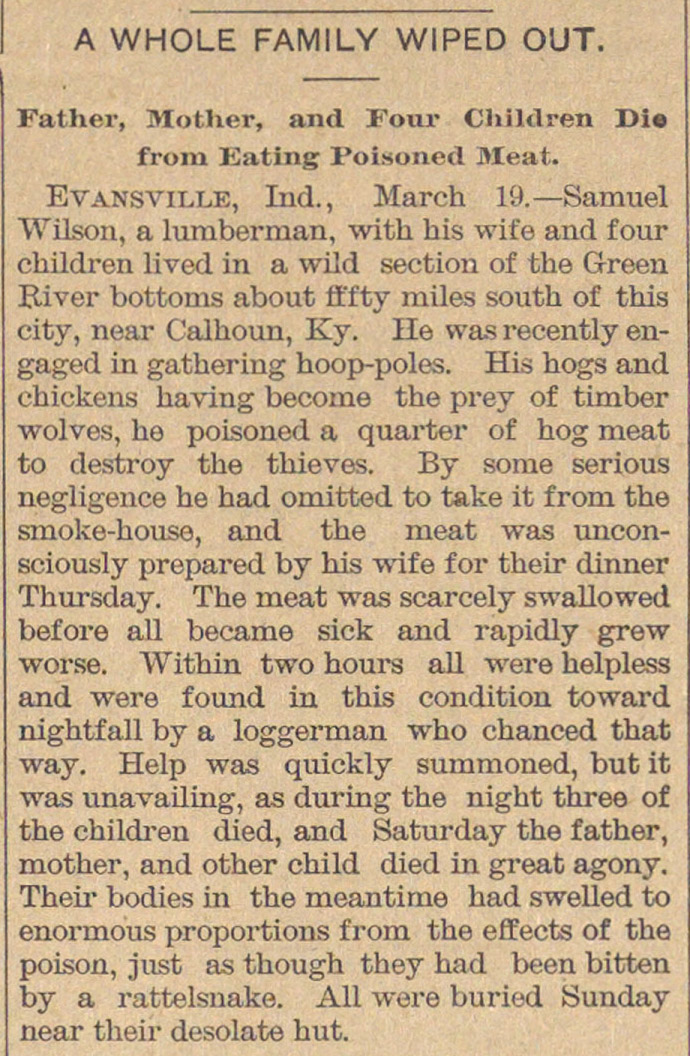 Evansville, Ind., March 19.- Samuel Wilson, a lumberman, with his wife and four children lived in a wild section of the Green Biver bottoms about fffty miles south of this city, near Calhoun, Ky. Ile was recently engaged in gatkering hoop-poles. His hogs and chickens having become the prey of timber wolves, he poisoned a quarter of hog meat to destroy the thieves. By some serious negligence he had omitted to take it from the smoke-house, and the nieat was unconsciously prepared by his wife for their dinner Thursday. The meat was scarcely swallowed before all became sick and rapidly grew worse. Within two hours all were helpless and were found in this condition toward nightfall by a loggerman who chanced that way. Help was quickly summoned, but it was unavailing, as during the night three of the children died, and Saturday the father, mother, and other child died in great agony. Their bodies in the meantime had swelled to enormous proportions from the effects of the poison, just as though they had been bitten by a rattelsnake. All were buried Sunday near their desolate hut.