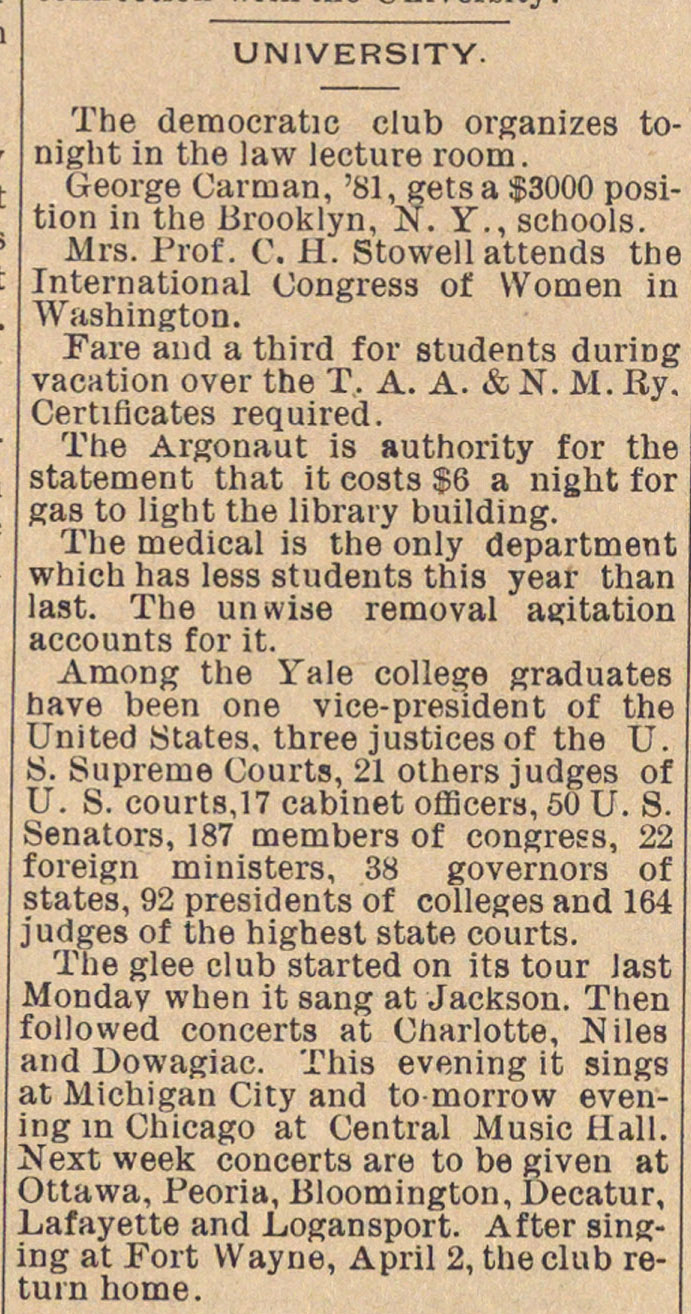 The democratie club organizes tonight in the law lecture room. George Cartuan, '81, gets a $3000 position in the Brooklyn, Sr. Y., schools. Mrs. Prof. C. H. Stowell attends the International Congress oí Women in Washington. Fare and a third for students during vacation over the T. A. A. & N. AI. Ry. Certificates required. ïhe Argonaut is authority for the statement that it costs S6 a night for gas to light the library building. The medical is the only department which has less students this year than last. The unwise removal agitation accounts for it. Among the Yale college graduates have been one vice-president of the United States, three justices of the U. S. Supreme Courts, 21 others judges of U. S. courts, 17 cabinet officers, 50 U. S. Senators, 187 members of congress, 22 foreign ministers, 38 governors of states, 92 presidents of colleges and 164 judges of the highest state courts. The glee club started on its tour last Monday when it sang at Jackson. Then followed concerts at Charlotte, Niles and Dowagiac. This evening it sines at Michigan City and tomorrow evening in Chicago at Central Music Hall. Next week concert are to be given at Ottawa, Peoria, Bloomington, Decatur, Lafayette and Logansport. After singing at Fort Wayne, April 2, the club return home.