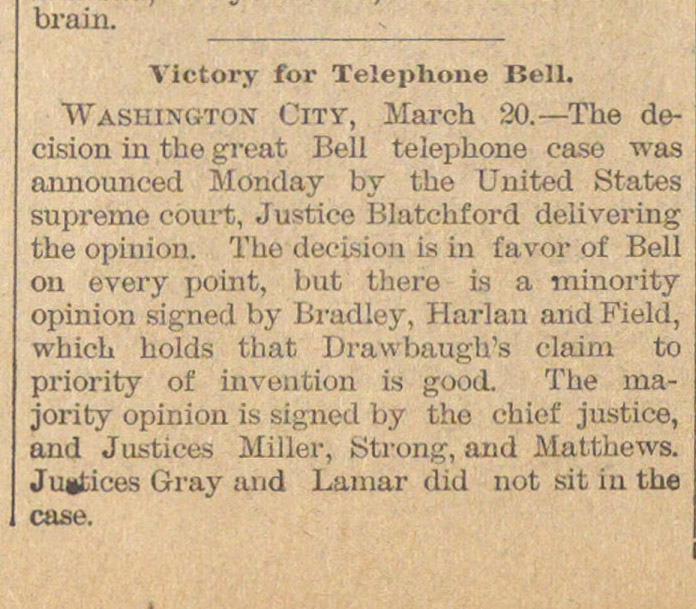 "Washington City, March 20. - The decision in the great Bell telephone case was announced Monday by the United States supremo court, Justice Blatchford delivering the opinión. The decisión is ín favor of Bell ou every point, luit there is a minority opinión signed by Bradley, Harían and Field, which holds that Drawbaugh's claim to priority of iavention is Lood. The majority opinión is signed by the chief justice, and Justices Miller, Strong, and Matthews. Juatices Gray and Lámar dnl not sil fn the case. I