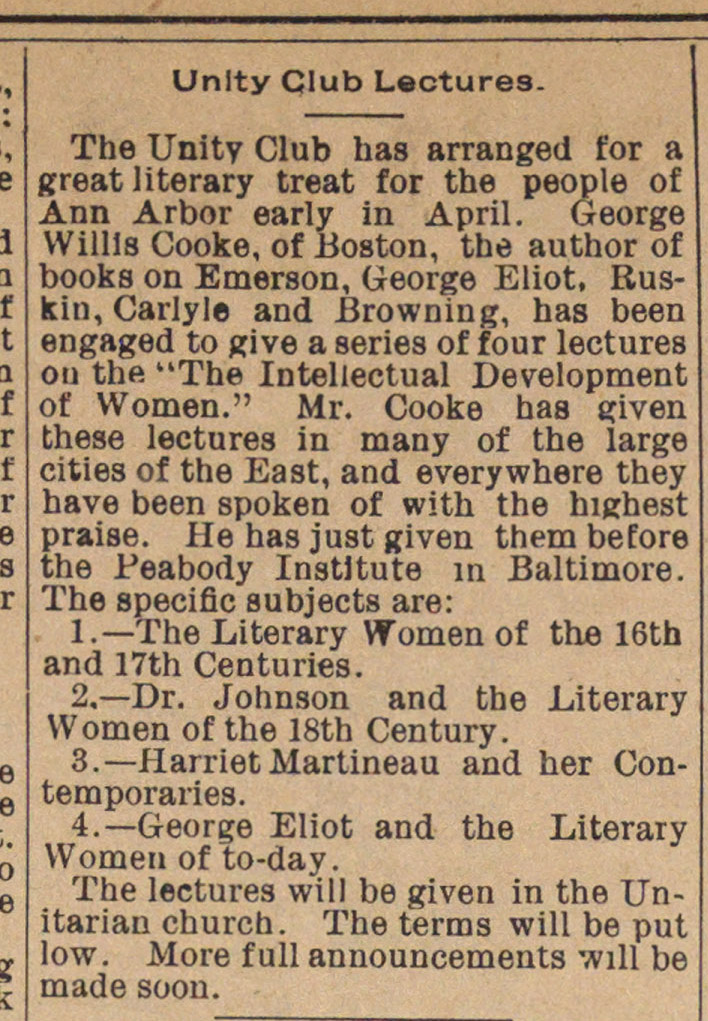 The Unity Club has arranged for a great literary treat for the people of Ann Arbor early in April. George Willis Cooke, of Boston, the author of books on Emerson, George Eliot, Ruskin, Carlyle and Browning, has been engaged to give a series of four lectures on thfi "The Inteliectual Development of Women." Mr. Cooke has eiven these lectures in many of the large cities of the East, and everywhere they have been spoken of with the highest praise. He has just jriven them before the Peabody Instltute in Baltimore. The speciflc subjects are: 1.- The Literary Women of the 16th and 17th Centuries. 2.- Dr. Johnson and the Literary Women of the 18th Century. 3.- Harriet Martineau and her Contemporaries. 4.- George Eliot and the Literary Women of to-day. The lectures will be given in the Unitarian church. The terms will be put low. More f uil announcements -Vill be made soou.