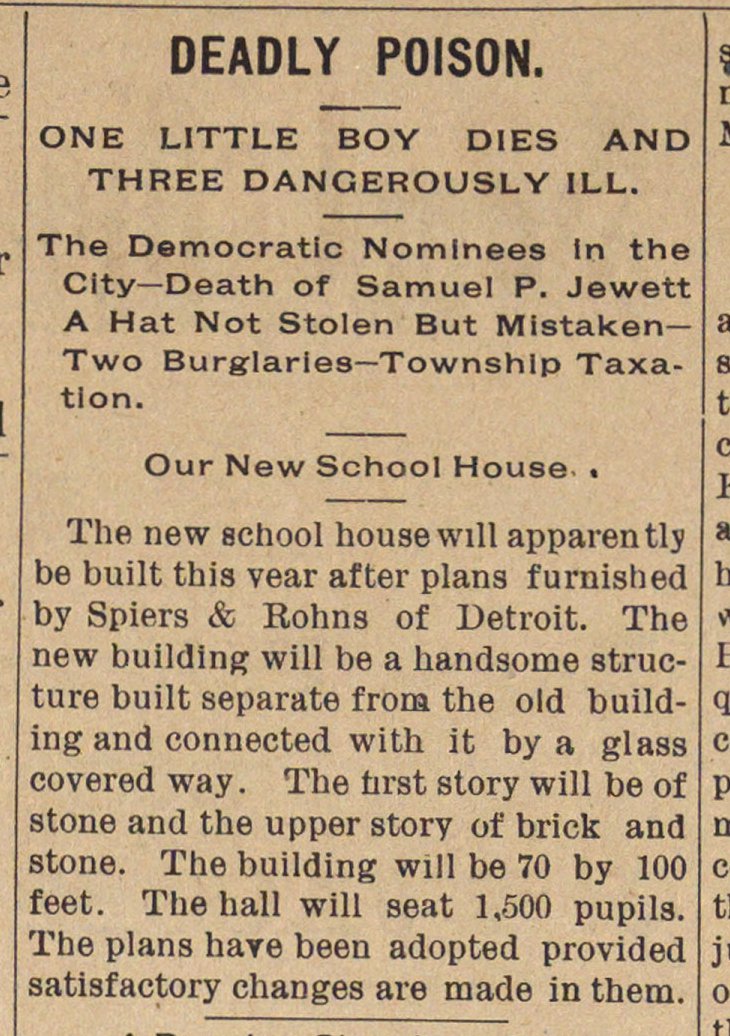 ONE LITTLE BOY DIES AND THREE DANGEROUSLY 1LL. The Democratie Nomlnees In the City- Death of Samuel P. Jewett A Hat Not Stolen But MistakenTwo Burglarles- Townshlp Taxatlon. Our New School House . The new school house will apparently be built this vear after plans furnished by Spiers & Rohns of Detroit. The new building will be a handsome structure built separate frora the old building and connected with it by a glass covered way . The tirst story will be of stone and the upper story of brick and stone. The building will be 70 by 100 f eet. The hall will seat 1,500 pupils. The plans hare been adopted provided satisfactory changes are made in thetn.