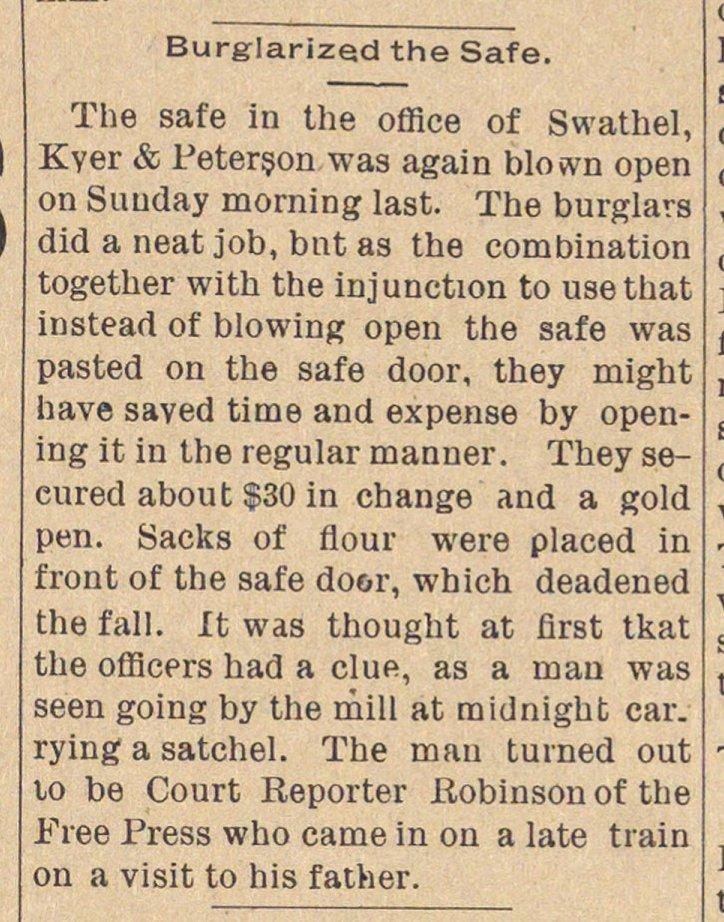 The safe in the office of Swathel, Kyer & Peterson was again blosvn open on Suuday morning last. The burglars did a neat job, bnt as the combination together with the injunction to usethat instead of blowing open the safe was pasted on the safe door, they might have saved time and expense by opening it in the regular manner. They secured about $30 in change and a gold pen. Sacks of flour were placed in front of the safe door, which deadened the fall. it was thought at first tkat the officers had a clus, as a man was seen going by the mili at midnight car. rying a satchel. The man turned out 10 be Court Reporter Eobinson of the b"1 ree Press who came in on a late train on a visit to his father.