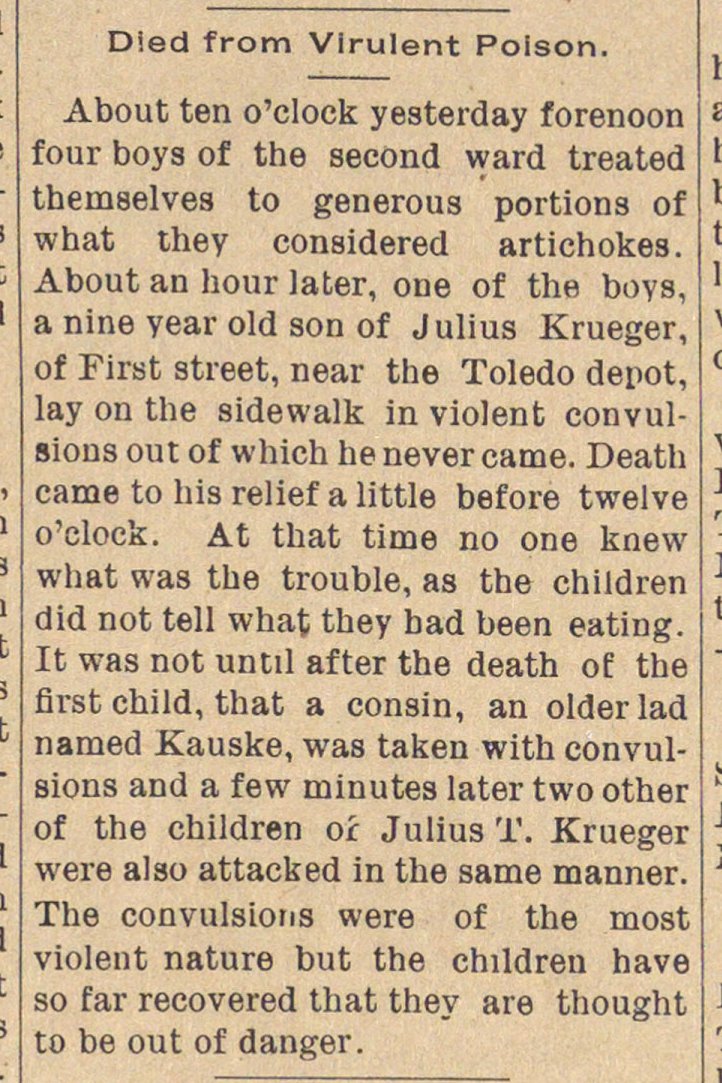 About ten o'clock yesterday forenoon four boys of the second ward treated tbemselvea to generous portions of what they eonsidered artichokes. About an hour later, one of the boys, a nine year oíd son of Julius Krueger, of First street, near the Toledo depot, lay on the sidewalk in violent convulsions out of which he never carne. Death came to his relief a little before twelve o'clock. At that time no one knew what was the trouble, as the children did not teil what they bad been eating. It was not until after the death of the first child, that a consín, an olderlad named Kauske, was taken with sions and a few minutes later two other of the children oí Julius T. Krueger were al so attacked in the same manner. The convulsions were of the most violent nature but the ehildren have so far recovered that they are thought to be out of danger.