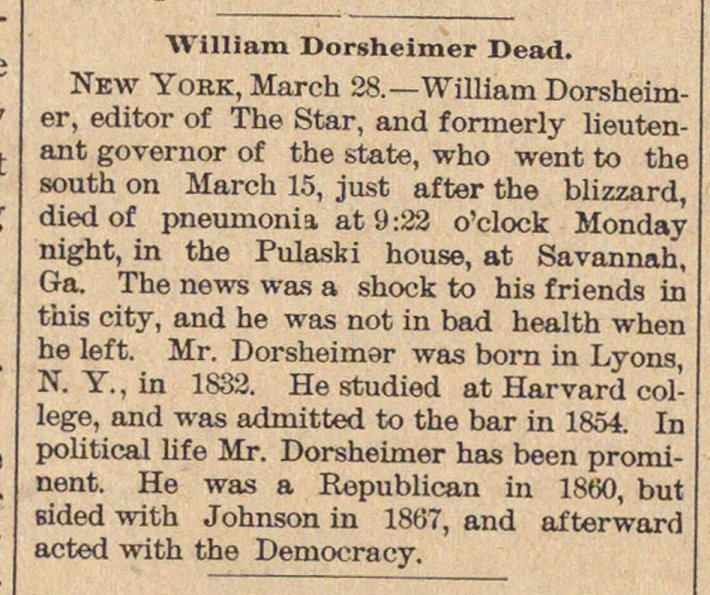 New York, March 28.- William Dorsheimer, editor of The Star, and formerly lieutenant governor of the state, who went to the south on March 15, just after the blizzard, died of pneumonía at 9:22 o'clock Monday night, in the Pulaski house, at Savannah, Ga. The news was a shock to his friends in this city, and he was not in bad health when he left. Mr. Dorsheimar was bom in Lyons, N. Y.,in 1882. He studied at Harvard college, and was adrnitted to the bar in 1854. In political life Mr. Dorsheimer has been prominent. He was a Republican in 18(iO, but Bided with Johnson in 1867, and af terward acted with the Democracy.