Gave Him The Full Penalty 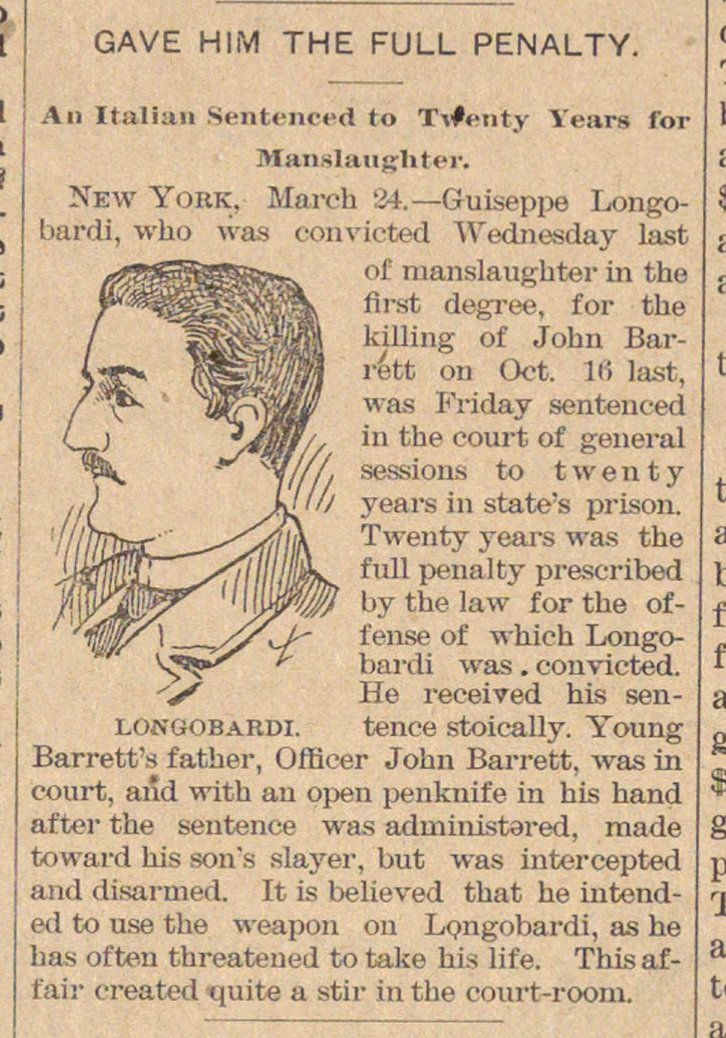 New York. March 24. - Guiseppe Longo bardi, who was convicted Wednesday las of manslaughter in the first degree, for the killing of John Bar rétt on Oot. Ui last was Friday sentencec in the court of genera sessions to twenty years in state's prison. Twenty years was the f uil penalty prescribed by the law for the offense of which Longobardi was . convicted. He reeeived his sentence stoically. Young Barrett's father, Officer John Barrett, was In court, and with au open penknife in his hand after the sentence was administared, made toward nis son's slayer, but was interceptad and disarmed. It is believed that he intended to use the weapon on Longobardi, as he has often threatened to take hls life. This aftair created quite u stir in the court-room.