Wiped Out By A Tornado 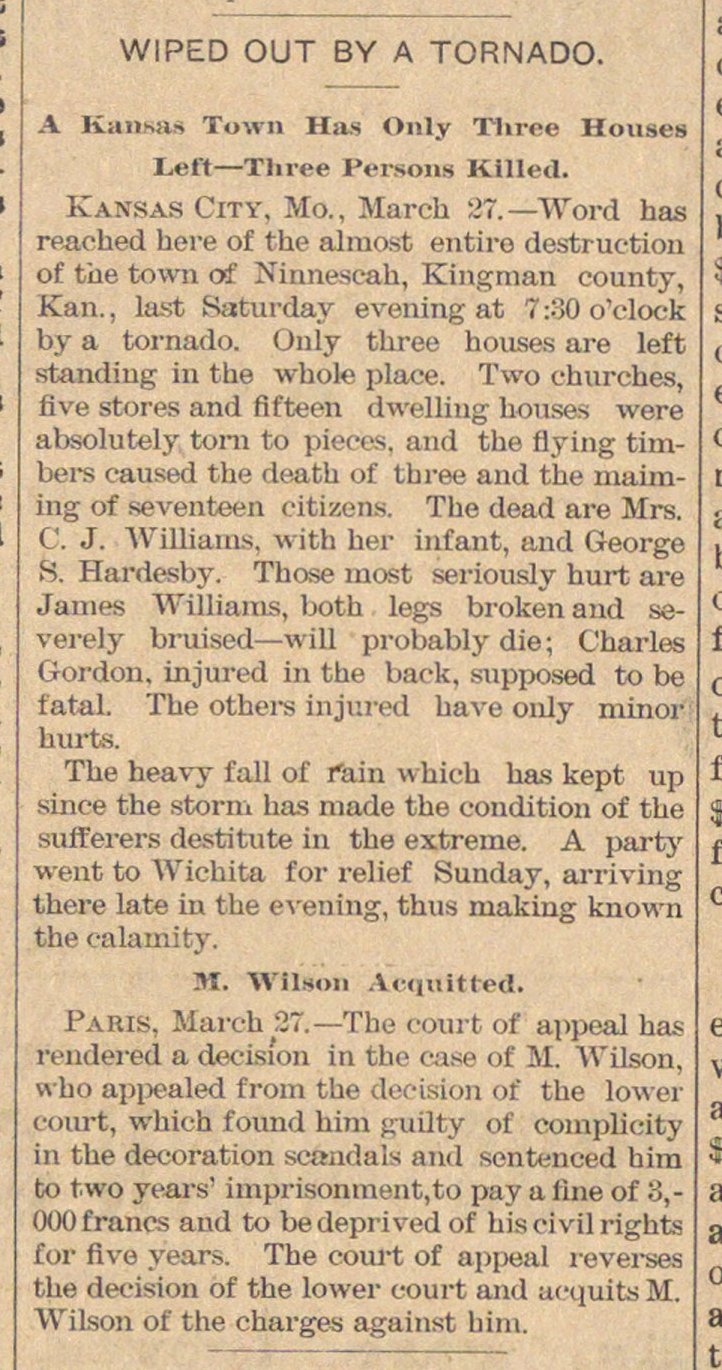 Kansas City, Mo., March ;'.'. - Word has reached hore of the alraost entire destruction of the town oí' Ninnescah, Kingman county, Kan., last Ssturday evening at 7:30 o'elock by a tornado. Ouly three houses are left standing in the whole place. Two churches, five stores and fifteen dwelling houses were absolutely toni to pieces. and the flying timbers caused the death of three and the maiiiiing of seventeen citizens. The dead are Mrs. C. J. Williams, with her infant, and George S. Hardesby. Those most seriously hurt are James Williams, both legs brokenand severely bruised- will probablydie; Charles Gordon. injured in the back, supposed to be fatal. The othcrs injured have only minor hurta The heavy fall of rain which has kept up since the storm has made the condition of the sufferers destitute in the extreme. A part}' went to Wichita for relief Sunday, arriving there late in the evening, thus making known the calamity. M. Wllaion Acqnlttcd. Paris, March 27.- The court of appeal has rendered a decisión in the case ol BI Wilson, who appealed from the decisión of the lower court, which f ound him guüty of complicity in the decoration scandais aiid Bentenced hira to two years1 imprisonment,to pay a flne of 8,000 francs and to be depri ved of bis civil rights for five years. The eourt of appeal revei-ses the decisión of the lower court and ucquits M. Wilson of the charges against liim.