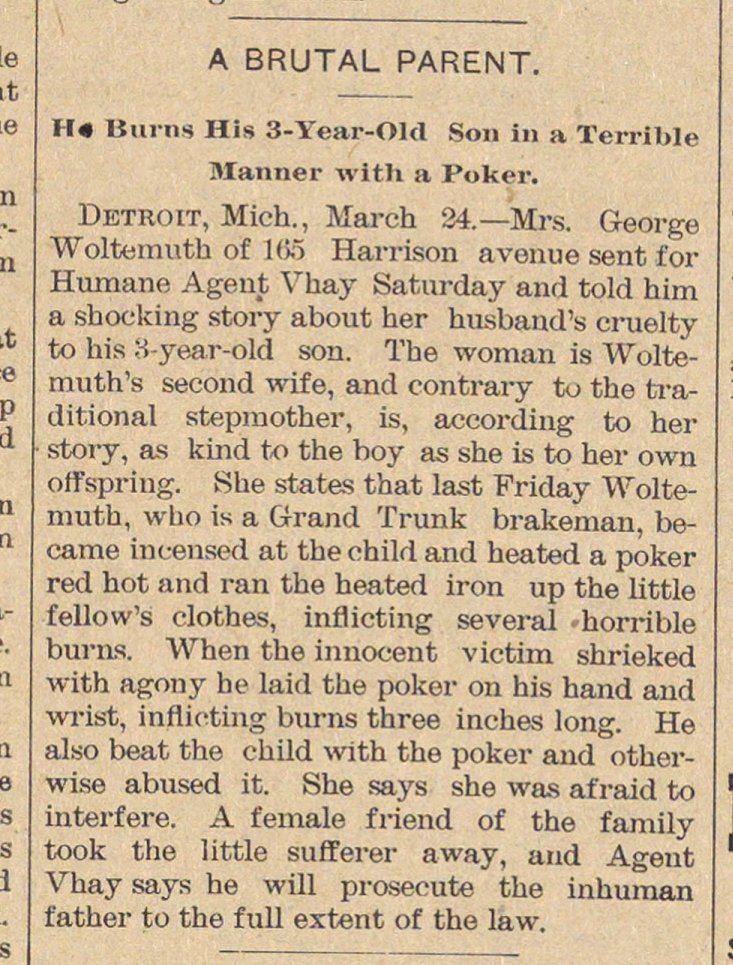 Detroit, Mich., March 34.- Mrs. George Woltemuth of 15 Harrison avenue sent for Humane Agent Vliay Saturday and told him a shocking story about her husband's cruelty to his 8-year-old son. The woman is Woltemuth's second wife, and contrary to the traditional stepmother, is, according to her story, as kind to the boy as she is to her own offspring. She states that last Friday Woltemuth, who is a Grand Trunk brakeman, became incensed at the ohild and heated a poker red hot and ran the heated iron up the little fellow's clothes, inflicting several -horrible burra. When the innocent victim shrieked with agony he laid the poker on his hand and wrist, inflicting burns three inches long. He also beat the child with the poker and otherwise abused it. She says she was afraid to interfere. A female friend of the family took the little sufferer away, and Agent Vhay says he wül proseeute the inhuman father to the full extent of the law.