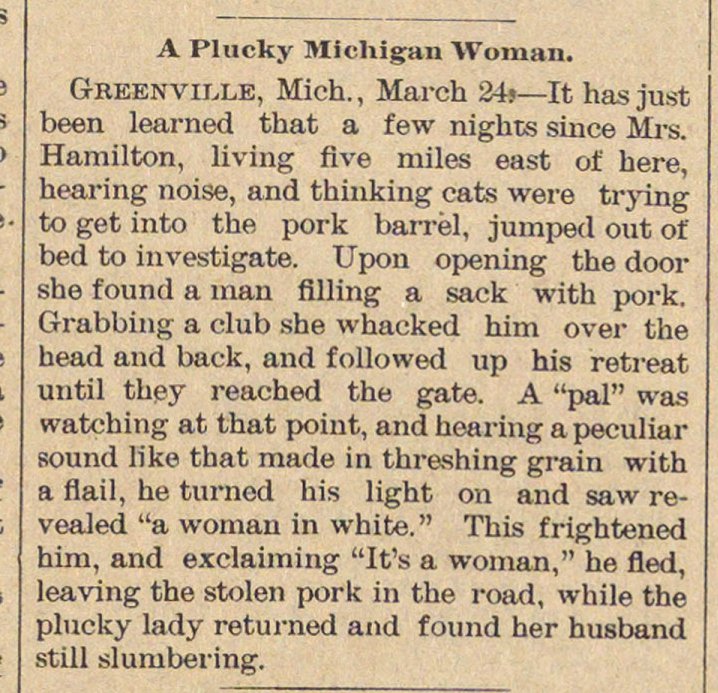 Gbkenville, Mioh., March 24; - It has just been learned that a few nights siiice Mrs. Hamilton, living five miles east of here, hearing noise, and thinking eats were trying to get into the pork barrel, jumped out of bed to investígate. Upon opening the door she found a man filling a sack with pork. Grabbing a club she whacked him over the head and back, and followed up his retreat until they reached the gate. A "pal" was watching at that point, and hearing a peculiar sound like that made in threshing grain with a fiail, he turned his light on and saw revealed "a woman in white." This frightened ïim, and exclaiming "It's a woman," he fied, eaving the stolen pork in the road, while the plucky lady returned and found her husband till slumberincr.