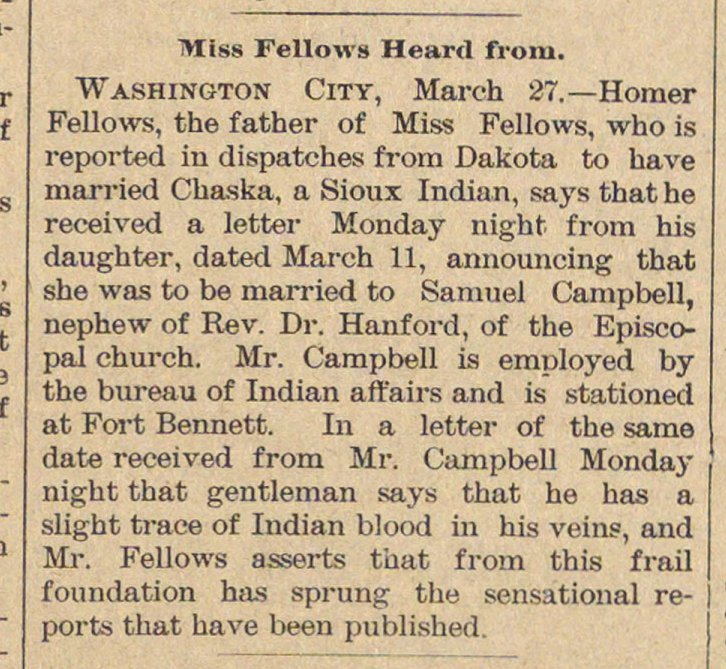 Washington City, March 37.- Horaer Fellows, the father of Miss Fellows, who is reported in dispatches from Dakota to have married Chaska, a Sioux Indiun, says thathe received a letter Monday night from his daughter, datecl March 11, announcing that she was to be married to Samuel Campbell, nephew of Rev. Dr. Hanford, of the Episcopal church. Mr. Campbell is employed by the bureau of Indian aft'airs and is stationed at Fort Bennett. In a letter of the same date received from Mr. Campbell Monday night that gentleman says that he has a slight trace of Indian blood in his veins, and Mi'. Fellows asserts that from this frail foundation bas sprung the sensational reports that have been published.