Fleeing For Their Lives 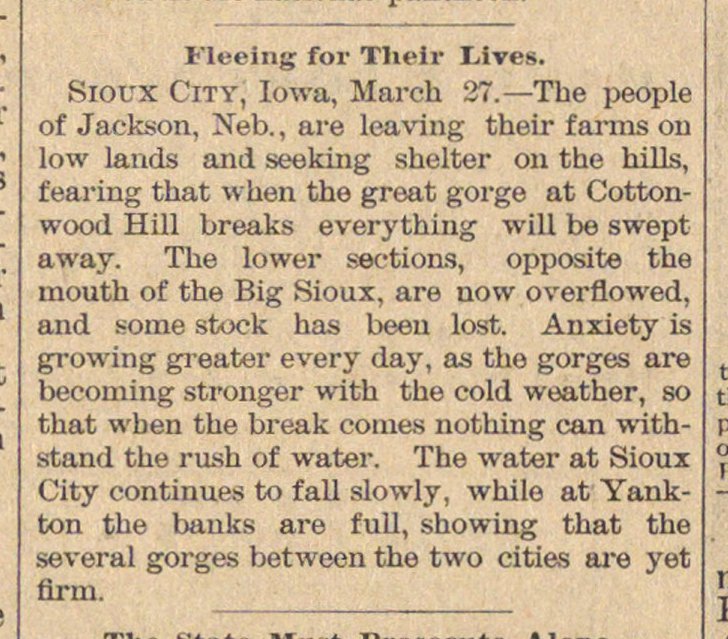 Sioux City, Iowa, March 37.- The people of Jackson, Neb. , are lea ving their farms on low lands and seeküig shelter 011 the hills, fearing that when the great gorge at Cottonwood Hill breaks everything will be swept away. The lower sections, opposite the nouth of the Big Sioux, are now overflowed, and some stock has beeu lost. Anxiety is growing greater every day, as the gorges are )ecoming stronger with the cold woather, so ;hat when the break comes nothing can withtanil the rush of water. The water at Sioux City continúes to f all slowly, while at Yankton the bauks are full, showing that the several gorges between the two cities are yet rm.