The State Must Prosecute Alone 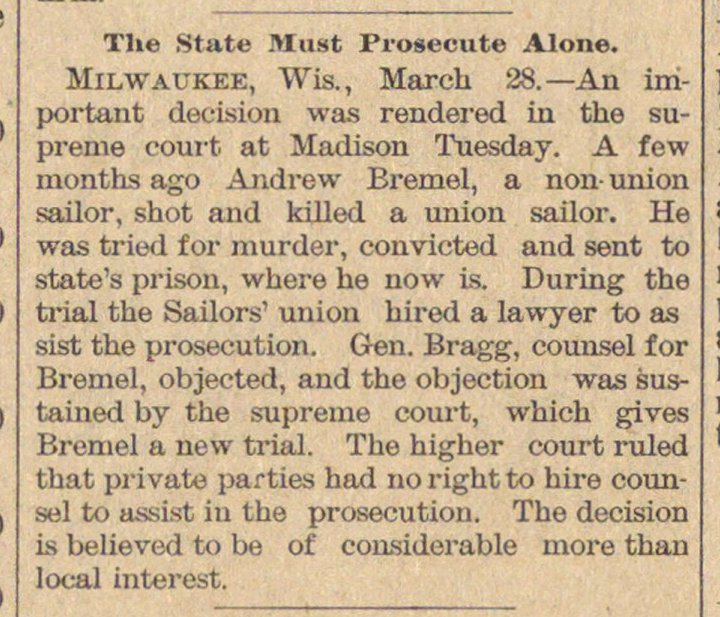 Milwaukee, Wis., March 28. - An ïmxirtant decisión was rendered in the su)reme court. at Madison Tuesday. A few ïonths ago Andrew Bremel, a unión sailor, shot and killed a unión sailor. He was tried for murder, convicted and sent to tate's prison, where he now is. During the rial the Sailors' unión hired a lawyer to as ist the prosecution. Gen. Bragg, counsel for iremel, objected, and the objection was susained by the supreme court, which gives ïrcniel a new trial. The higher court ruled liat private parties had no right to hire coun. to assist in the prosecution. The decisión s believed to be of considerable more than ocal interest.