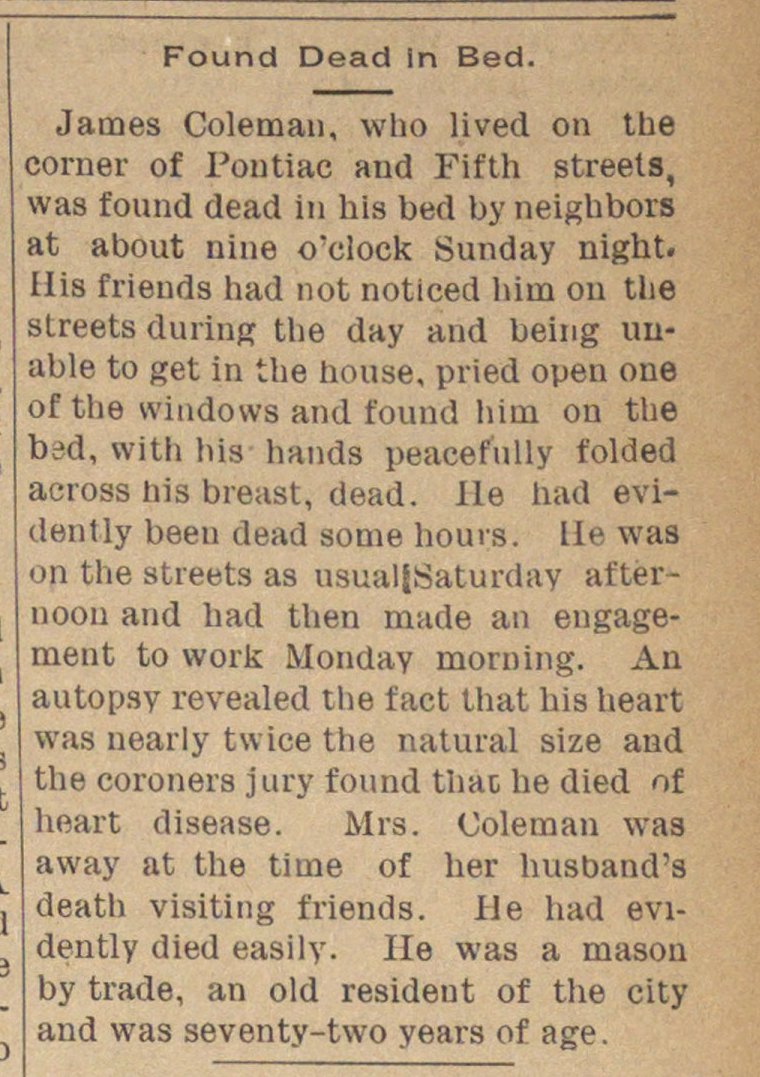 James Coleman, who lived on tbe comer of Pontiac and Fifth streets, was found dead in his bed by neigtabors at about nine o'clock Sunday night. Ilis friends had not noticed liirn on the streets during the day and being uuable to get in the house, pried open one of the Windows and found him on the bad, with his hands peacefully folded across his breast, dead. He liad evidently been dead some houis. 11' was on the streets as usualíSaturday aftèrnoou and had then made an engagement to work Monday morning. Aa autopsy revealed the fact that his beart was nearly twice the natural size and the coronéis jury found that, he died of heart disease. Mis. Coleman was away at the time of her husband's death visiting friends. He had evidently died easily. He was a masón by trade, an oíd resident of the city and was seventy-two years of age .