They Will Sell, Not Trade 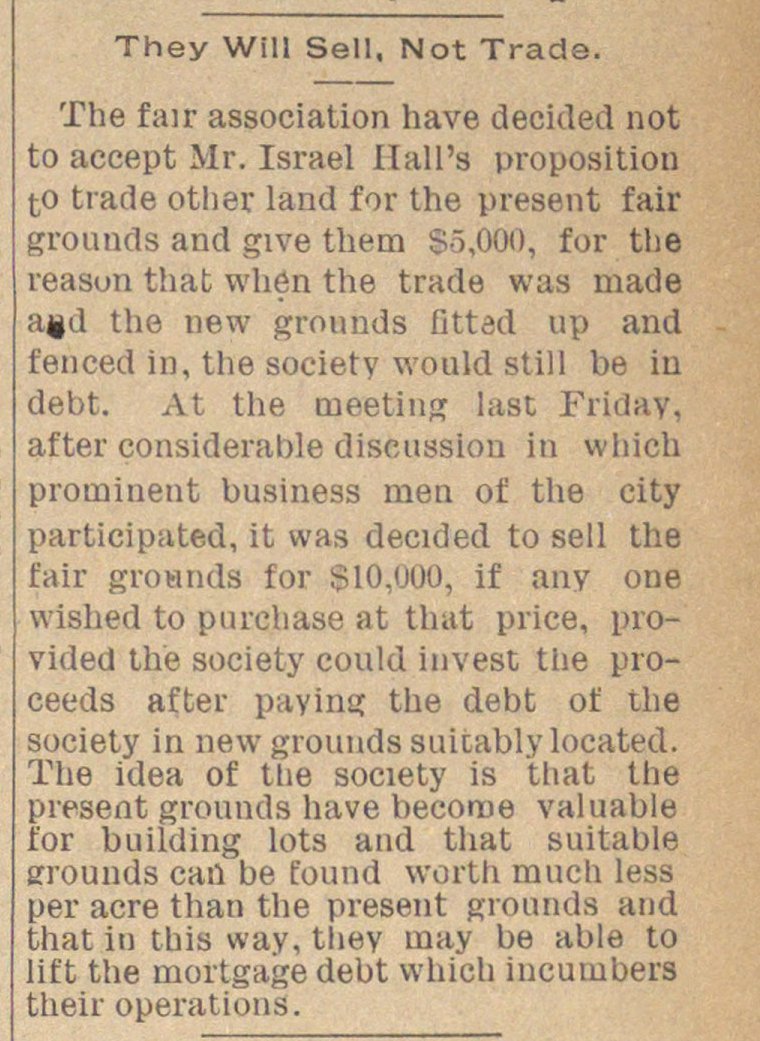 The fair associaüon have decided not to accept Mr. Israel Ilall's proposition to trade other land for the present fair grounds and give them S-5,000, for the reason that when the trade was made agd the new grounds Gttad up and fenced in, the society would still be in debt. At the meeting last Friilüv. after considerable discussion in which prominent business men of the city participated, it was decided to sell the fair groands lor $10,000, if any one wished to pinchase at that price, provided the society could invest the proceeds after paying the debt of the society in new grounds suitablylocated. The idea of the society is that the present grounds have becoroe valuable tor building lots and that suitable grrounds can be found worth mucli less per acre than the present grounds and that in this way, they may be able to lift the mortgage debt which incumbers their operations.