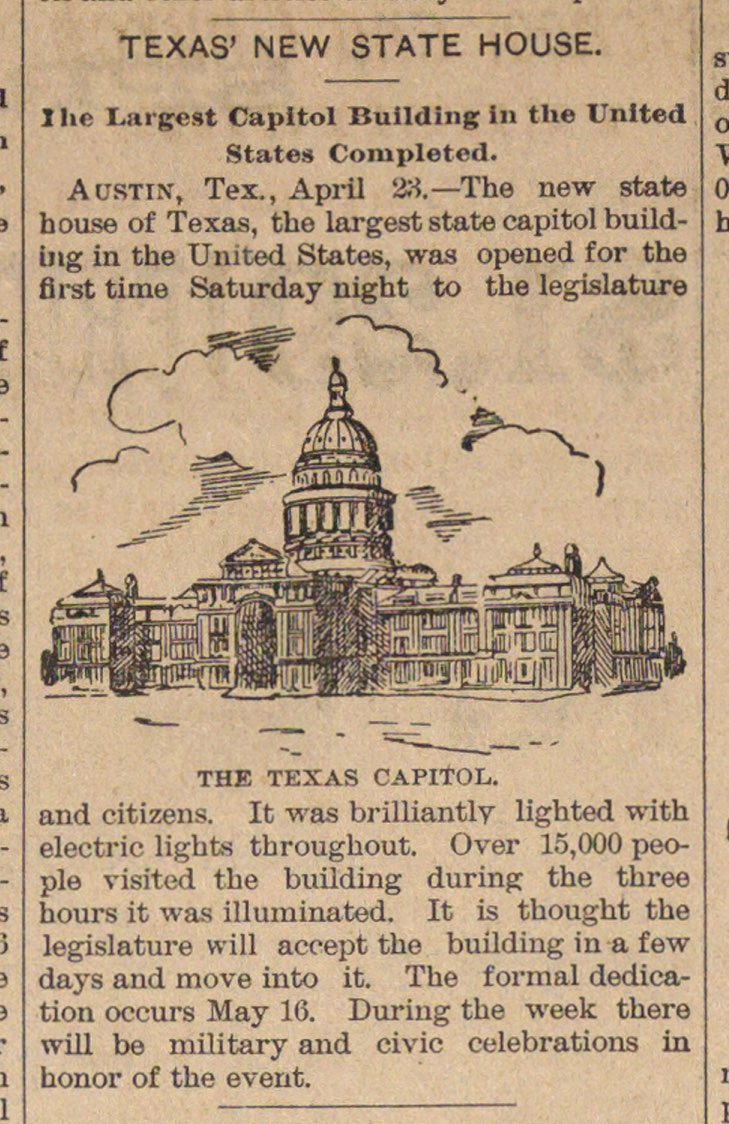 AusTiN, Tex., Api-il ai- The new state house of Texas, the largest state capítol buildüig in the United States, was opeued for the first time Saturday night to the legislatura and citizens. It was brilliantly lighted with electric ligbts tbroughout. Over 15,000 people visited the building during the three hours it was illuminated. It is thought the legislature will accept the building in a few days and move into it. The formal dedieation occurs May 16. During the week there will be military and civic celebrations in honor of the everit.