Mixed Those Ballots Up 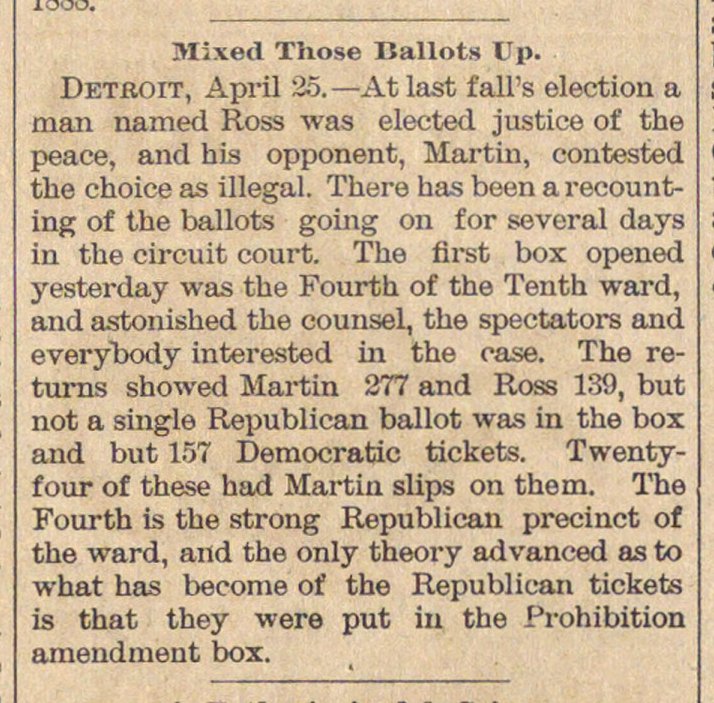 Detroit, April 35. - At last f all's election a man named Ross was elected justice of the peace, and his opponent, Martin, contested the choice as illegal. There has been a recounting of the ballots going on f or several days in the circuit court. The first box opened yesterday was the Fourth of the Tenth ward, and astonished the counsel, the spectators and everyTaody interested in the oase. The returns showed Martin 377 and Ross 189, but not a single Republican ballot was in the box and but 157 Democratie tickets. Twentyfour of these had Martiu slips on them. The Fourth is the strong Republican precinct of the ward, and the only theory advanced as to what has become of the Republican tickets is that they were put iu the Prohibition amendment box.