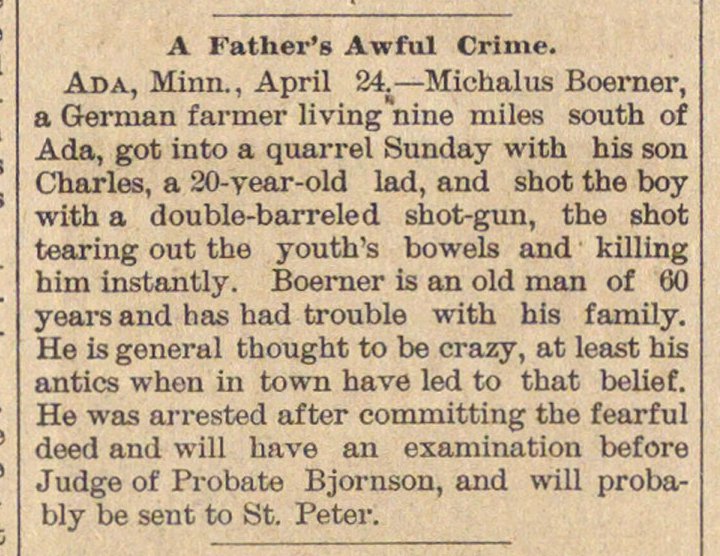 Ada, Minn., April 24 - Michaliis Boerner, a Gernian farmer living nine miles south of Ada, got into a quarrel Sunday with his sou Charles, a 20-year-old lad, and shot the boy with a double-barreled shot-gun, the shot tearing out the youth's bowels and killing him instantly. Boerner is an oíd man of 60 years and has had trouble with his family. He is general thought to be crazy, at least his antics when in town have led to that belief. He was arrested after committing the fearful deed and will have an examination before Judge of Probate Bjornson, and will probably be sent to St. Peter.