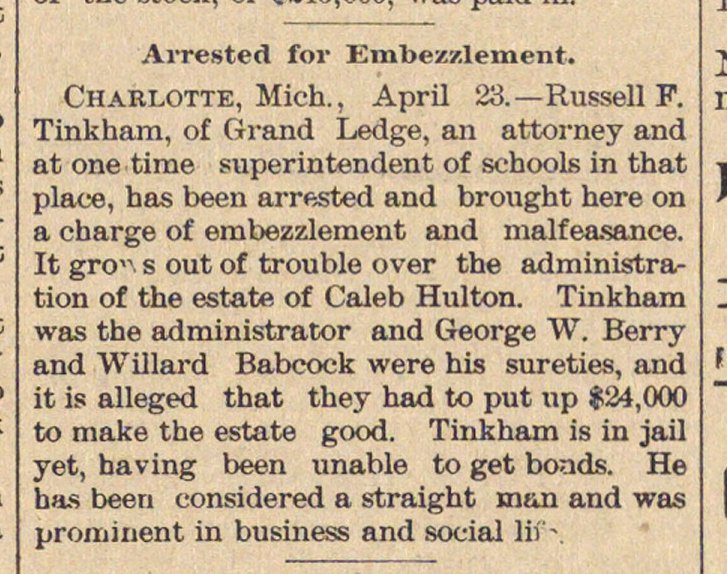 Charlotte, Mich., April 23.- Russell F. Tinkham, of Grand Ledge, an attorney and at one tirae superintendent of schools in that place, has been arrested and brought here on a charge of embezzlement and malfeasance. It gro" s out of trouble over the administration of the estáte of Caleb Hulton. Tinkham was the administrator and George W. Berry and Willard Babcock were his sureties, and it is alleged that they had to put up $24,000 to make the estáte good. Tinkham is in jail yet, having been unable to get boads. He bas been considered a straight man and was prominent in business and social lií -