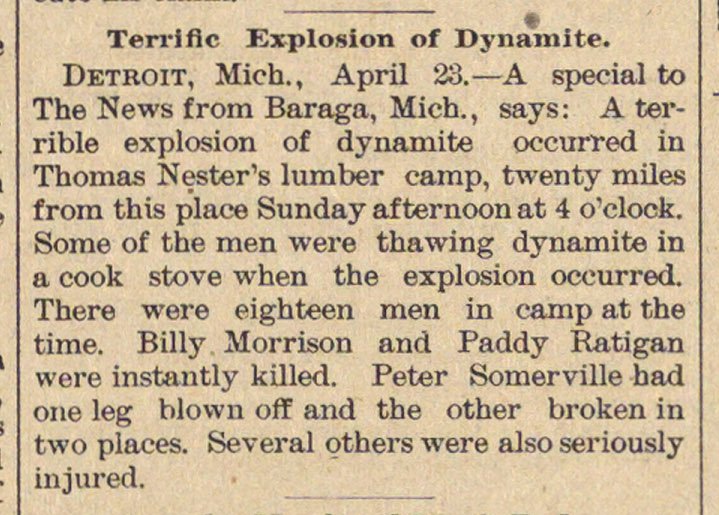 Detroit, Mich., April 23.- A special to The News f rom Baraga, Mich., says: A terrible explosión of dynamite occurred in Thomas Nester's lumber camp, twenty miles from this place Sunday af ternoon at 4 o'clock. Some of the men were thawing dynamite in a cook stove when the explosión occurred. There were eighteen men in camp at the time. Billy Morrison and Paddy Ratigan were instfintly killed. Peter Somerville bad one leg blown off and the other broken in two places. Several others were also seriously injured.