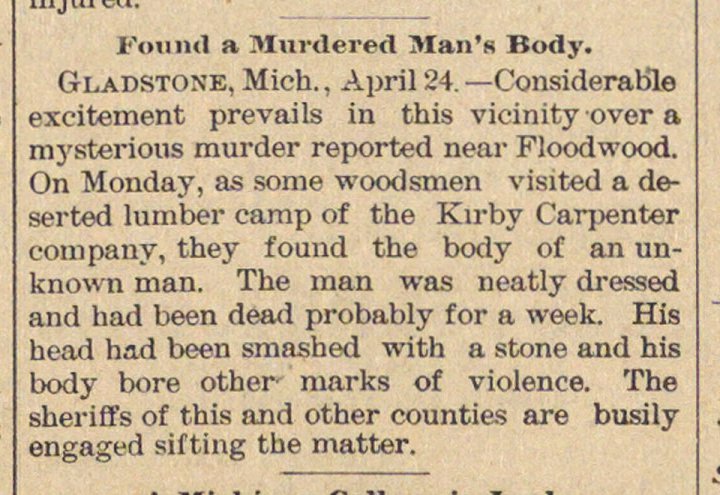 Gladstone, Mich. , April 24. -Considerable excitement prevails in this vieinity over a mysterious murder reported nenr Floodwood. On Monday, as some woodsmen visited a deserted lumber camp of the Kirby Carpenter company, they found the body of an unknown man. The man was neatly dressed and had been dead probably for a week. His head had been smashed with a stone and his body bore other marks of violence. The sheriffs of this and other counties are busily engaged sifting the matter.