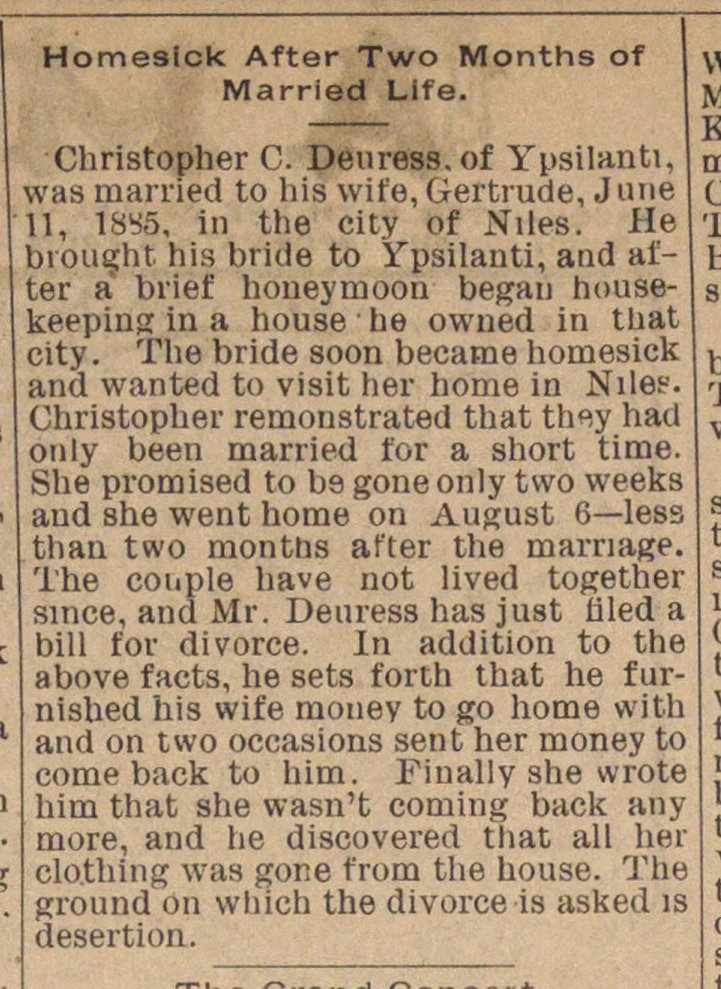 Christopher C. Deuress.of Ypsilanti, was married to his wife, Gertrude, June 1, 18S5, in the city of Niles. He nouajht his bride to Ypsilanti, and aler a brief houeymoou began houseceeping in a house he owned in tliat city. The bride soon became homesick and wanted to visit her home in Nilee. Christopher remonstrated that th,y had only been married for a short time. She promised to be goneonly tvvo weeks aud she went home on August 6- less shan two months after the marnage. The coiiple have not lived together since, and Mr. Deuress has just üled a bilí for divorce. In addition to the above facts. he sets forth that he nished his wife money to go home with and on tvvo occasions sent her money to comeback to him. Fiually she wrote him that she wasn't coming back any more, and he discovered that all hei clo.thing was gone from the house. The ground on vvhich the divorce is asked is desertion.