The Canadian Pacific Going To Detroit 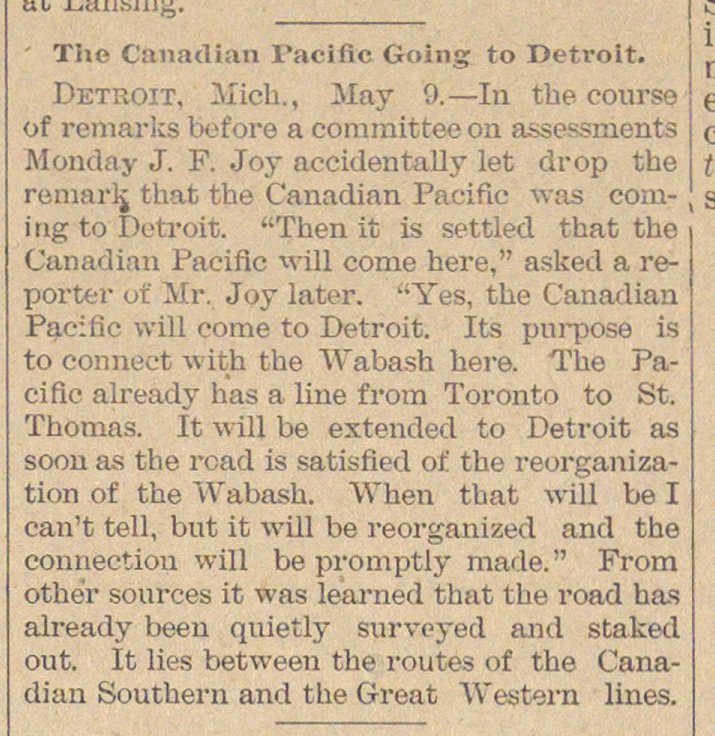 The Caiiaclian Pacific Golng to Detroit. Detroit, 3Iich., May 9. - In the course of remarles Before a conunitteoon assessments Monday J. F. Joy accidentaUy let drop the rernark that the Canadian Pacific was coming to Detroit. "Then it is settled that the Canadian Pacific will come here," asked a reporter of Mr. Joy later. "Yus, the Canadian ■ will come to Detroit. lts pui-pose is to connect with the Wabash here. The Pacific already has a liue f rom Toronto to St. Thomas. It will be extended to Detroit as soon as the road is satisfied oí the reorganizar tion of the Wabash. "VVhen that will be I can't teil, but it will be reorganized and the connection will be promptly made." From other sources it was learned that the road has already been quietly surveyed and staked out. It lies between the routes of the Canadian Southern and the Great Western lines.