A Detroit Ex-mayor Knocked Out 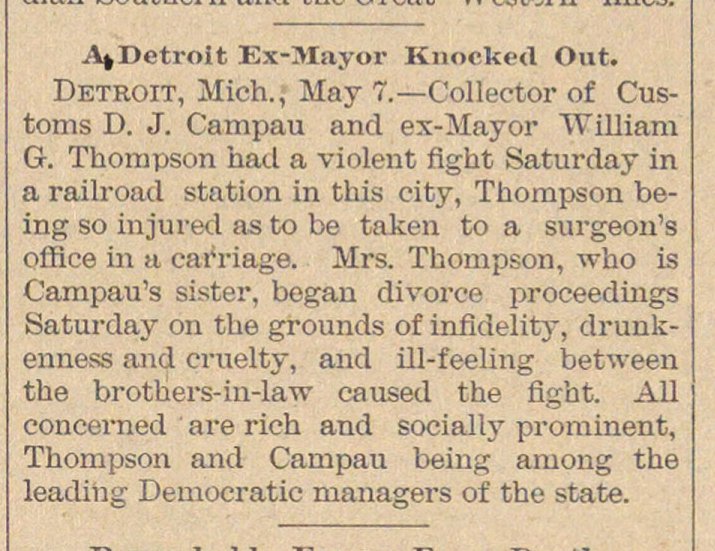 Detroit, Mich., May 7. - Collector of Customs D. J. Campau and ex-Mayor William G. Thompson had a violent fight Saturday in a railroad station in this city, Thompson being so injured as to be taken to a surgeon's office in a caíriage. Mrs. Thompson, who is Campau's sister, began divorce proceedings Saturday on the grounds of infidelity, drunkenness and cruelty, and ill-feeling between the brothers-in-law caused the fight. All concerned are rieh and socially prominent, Thompson and Campau being among the leading Democratie managers of the state.