Giving Away His Money 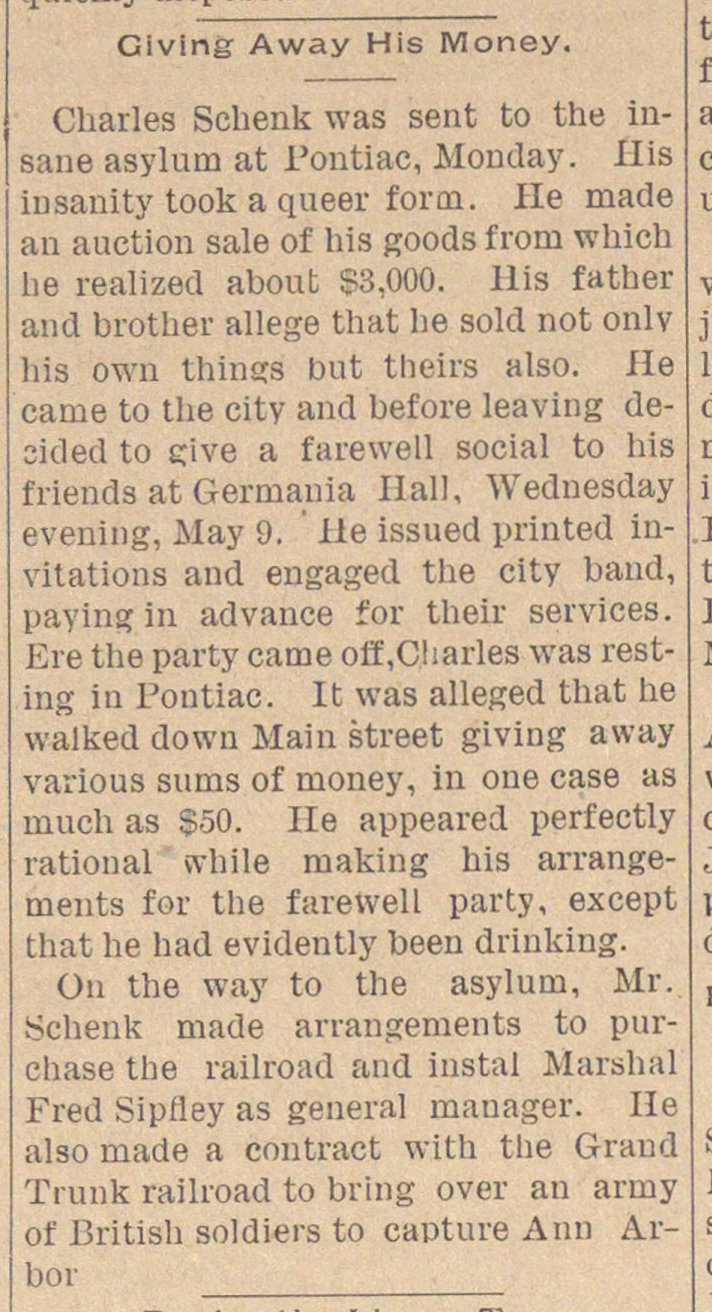 Charles Schenk was sent to the insane asylum at Pontiac, Monday. Ilis msanity took a queer form. He made an auction sale of his goods from which he realized about $3,000. His father and brother allege that he sold not onlv his omi things but theirs also. He carne to the city and before leaving desided to Lve a farewell social to his friends at Germauia Hall, Wednesday evening, May 9. He issued printed invitations and engagecl the city band, paylnifin advance for their services. Ere the party came olï,Cliarles was resting in Pontiac. It was alleged that he walked down Main street giving away various surns of money, in one case as ïnuch as $50. He appeared perfectly rational vvhile making his arrangements for the farewell party, except that he had evidently been drinking. On the way to the asylum, Mr. Schenk made arrangements to purehase the railroad and instal Marshal Fred Sipfley as general manager. He also made a contract with the Grand Tiunk railroad to bring over an arrny of British soldiers to capture Aun Arbor