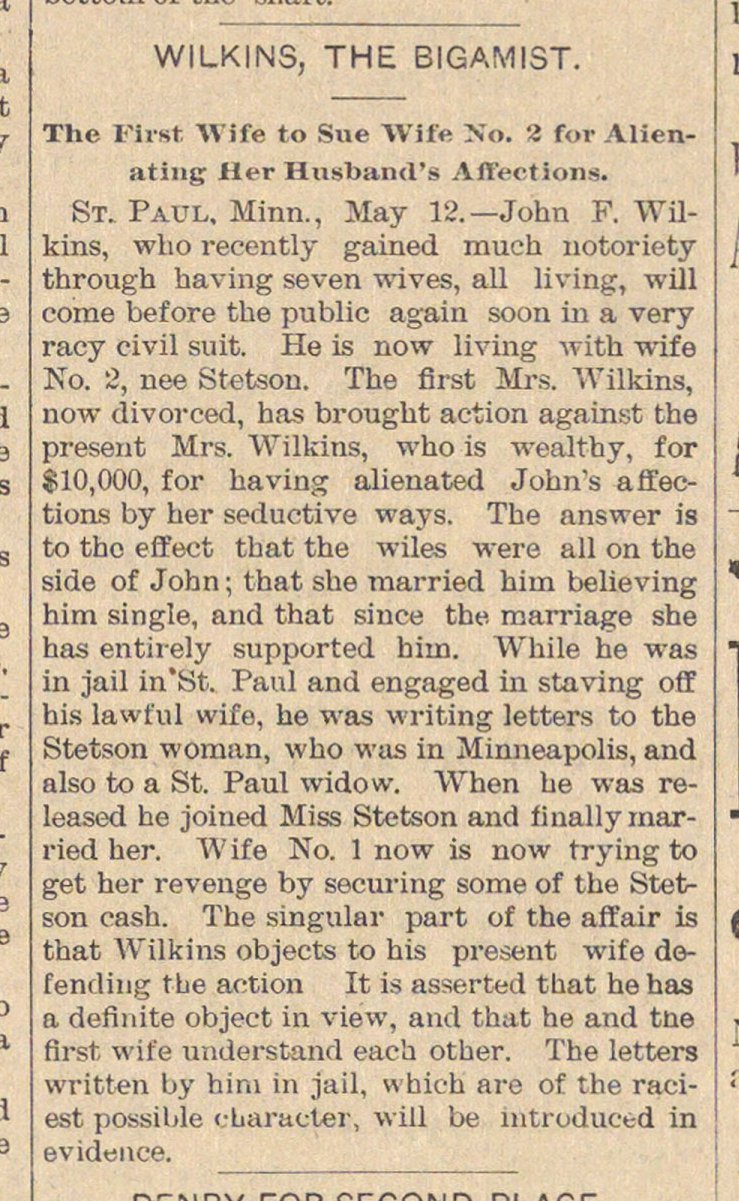 ST. i"AUL, Jttinn., May r.- Jonn í. ukins, who recently gained much notoriety through having seven wives, all living, wUl come before the public again soon in a very racy civil suit. He is now living with wife No. 2, nee Stetsou. The first Mrs. Wilklns, now divorced, has brought action against the present Mrs. Wilkins, who is wealtby, for $10,000, for having alienated John's affections by her seductive ways. The answer is to the effect that the wiles were all on the side of John; that she married him believing him single, and that since the marriage she has entirely supported him. While he was in jail in'St. Paul and engaged in staving off bis lawt'ul wife, he was writing letters to the Stetson woman, who was in Minneapolis, and also to a St. Paul widow. When he was released he joined Miss Stetson and finally married her. W ife No. 1 now is now try ing to get her revenge by securing some of the Stetson cash. The singular part of the affair is that Wilkins objects to his present wife dofending the action It is asserted that he has a definite object in view, and that he and tne first wife understand each other. The letters written by hira in jail, wbich are of the raciest possible character, will be mtroduced in evidence.