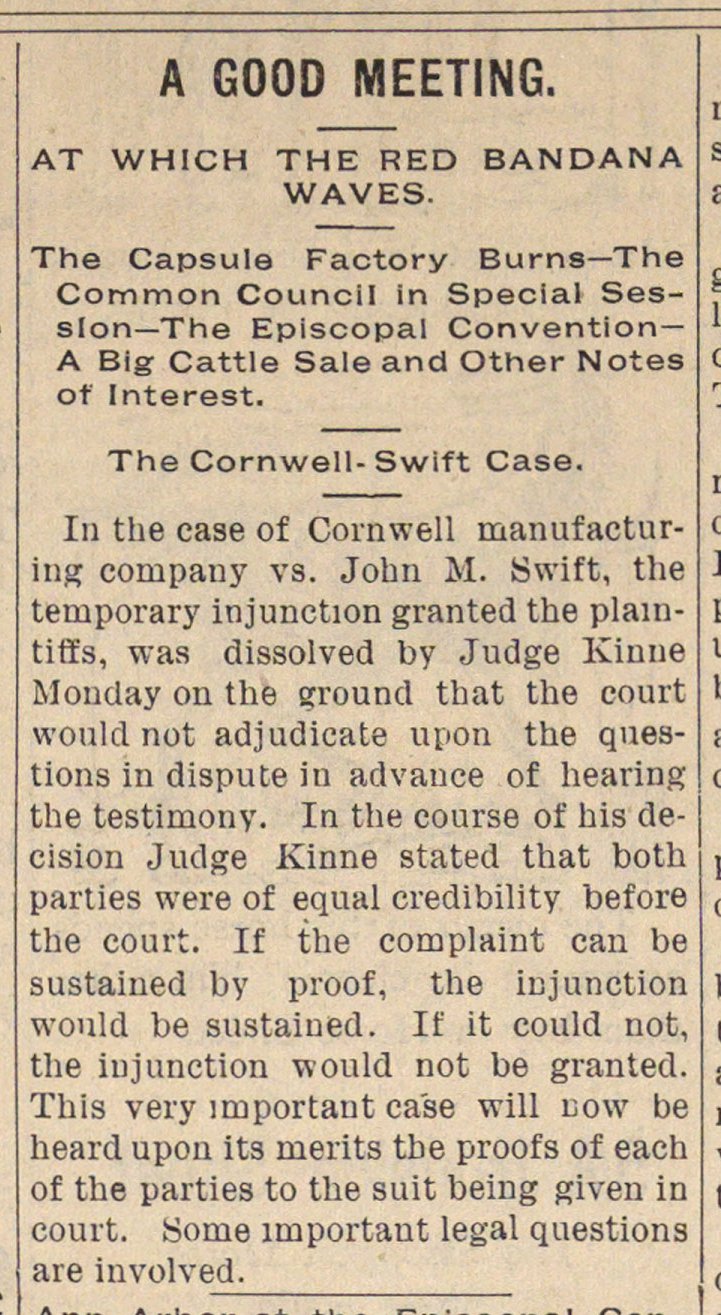 In the case of Cornwell manufacturïg cornpany vs. John M. Swift, the etnporary injunction granted the plainitïs, was dissolved by Judge Kinne londay on the ground that the court ■oulcl not adjudícate upon the queaons in dispute in advance of hearing ie testimony. In the course of his desion Judge Kinne stated that both arties were of equal credibility before ie court. If the complaint can be ustained by proof, the injunction oulcl be sustained. If it could not, ie injunction would not be granted. 'nis very important case will uow be eard upon its meiïts tbe proofs of each f the parties to the suit being given in ourt. Some importaut legal questions re involved.