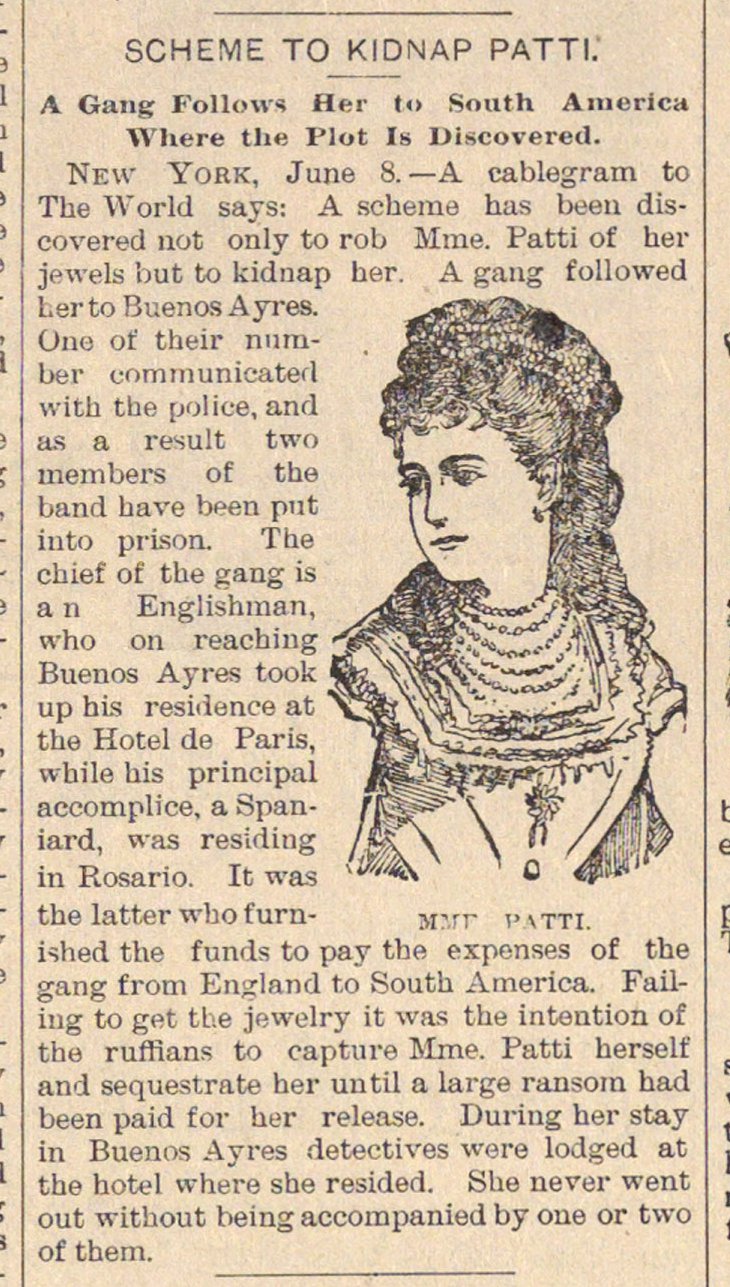 New York, June 8. -A cablegram to The World says: A scheme has been discovered not only to rob Mme. Patti of her iewels but to kidnap her. A gang followed l.er to Buenos Ayres. Ono of their niiraber eommunieated with tbe pólice, and as a result two inembers of the band have been put into prison. The chief of the gang is a n Engüshinan, who on reaching Buenos Ayres took up bis resMence at the Hotel de Paris, while tris principal accomplice, a Spaniard, was residing in Rosario. It was the latter wbo f ished the funds to pay the expenses of the gang from Enjrland to South America. Failing to get the jewelry it was the intention of the ruffians to capture Mme. Patti herself and sequestrate her until a large ransom had been paid for her release. During her stay in Buenos Ayres detectives were lodged at the hotel where she resided. She never went out without being accorapanied by oue or two of them.