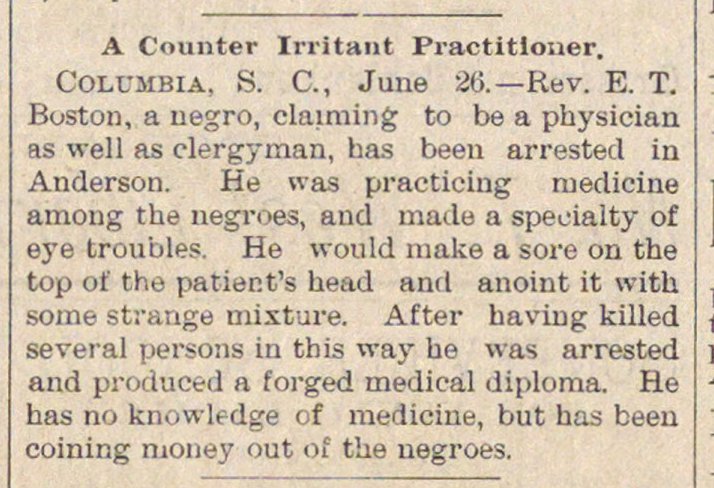 Columbia. S. C, June tí.- Rev. E. T. Boston, a negro, claiming to be a physician as well as clergyman, has been arrested in Anderson. He was practiciug medicine among the negroes, and madt) a specialty of eye Iroubles. He would niake a sore on the top of tha patient's head and anoint it with some strange mixture. After haviug killed sereral persons in this way be was arrested and produced a forged medical diploma. He has no knowledge of medicine, but has been coining money out of the uegroes.