Tried To Poison A Sleeper 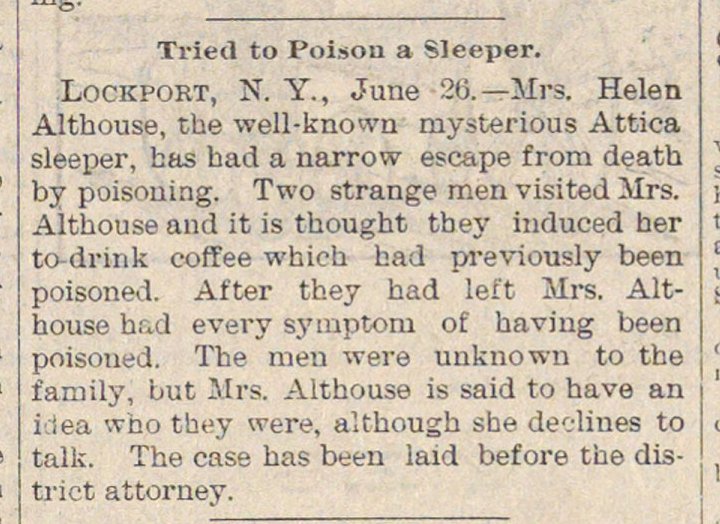 Lockport, N. Y., June 29.- Mrs. Helen Althouse, the well-known ruysterious Attica sleeper, bas bad a narrow escape from death by poisoning. Two strange men visited Mrs. Althouse and it is thought tbey induced her todrink coffee which had previously been poisoned. After they had left Mrs. Althouse hr.d every symptoni of having been poisoued. The men ivere unknown to the family, but Mrs. Althouse is said to have an i;iea whp they were, although she declines to talk. The case has been laid before the district attornev.