Victors' For The Dry People 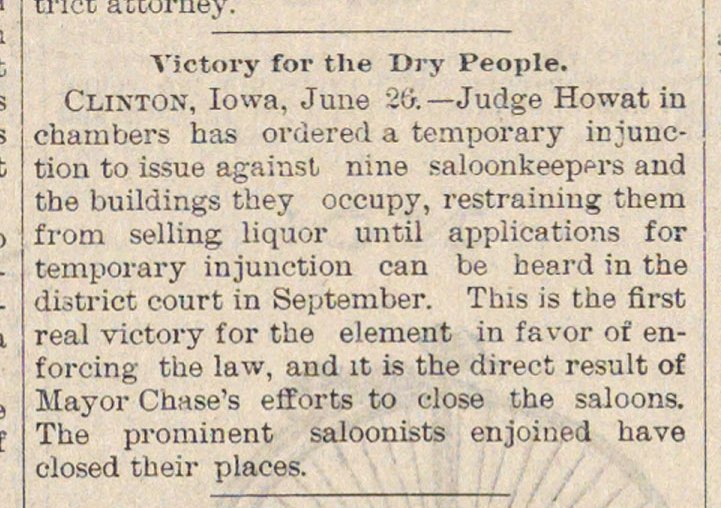 Clinton, Iowa, June 2(i.- Judge Howat m chaiubers has ordered a temporary injunction to issue against nine saloonkeepfrs aud the buildings they occupy, restraining them from selling. liquor until applications for temporary injunction can be heard in the district court in September. This is the first real victory for the element in favor of enforcing the law, and ït is the direct result of Mayor Chase's efforts to close the saloons. The prominent saloonists enjoined have closed their places.