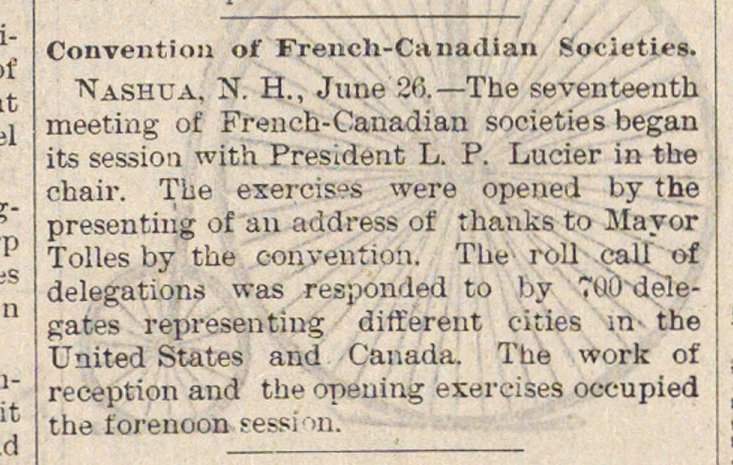 TVashua, N. H., June 26. - The seventeenth meeting of French-Canadian societies began its session with President L. P. Lucier in tbe ehair. Tbe exercises were opened by the presenting of au aüdress of thanks to Mayor Tolles by the convention. The roll cali ni delegations was responded to by Tui) delegates representing different cities the United States and Canada. The work of reception and the opening exercises occupied the forenoon eession: